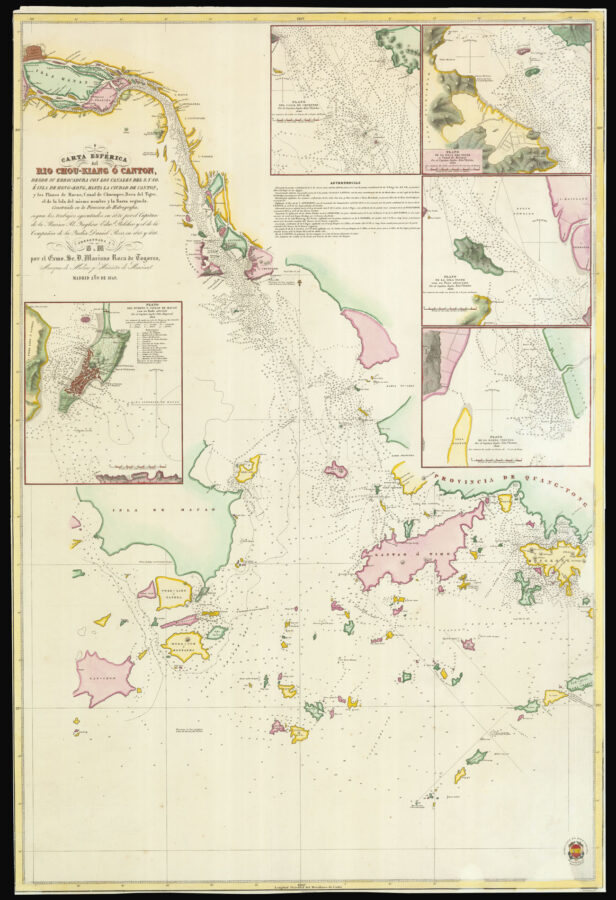 A large and detailed sea chart of the mouth of the Pearl River, marking Canton, Macao and Hong Kong,

This chart, published by the Spanish Admiralty, was based on the important surveys of the Chinese coast by Captain Edward Belcher of the Royal Navy in 1841, and Captain Daniel Ross of the East India Company, in 1815 and 1816. Of the five inset charts that surround the plan; four are taken from Belcher’s surveys, and the chart of Macao is by Captian Heywood in 1804. Hong Kong itself marks several mountains, and bays; Victoria is marked and numerous houses dot its northern coastline.