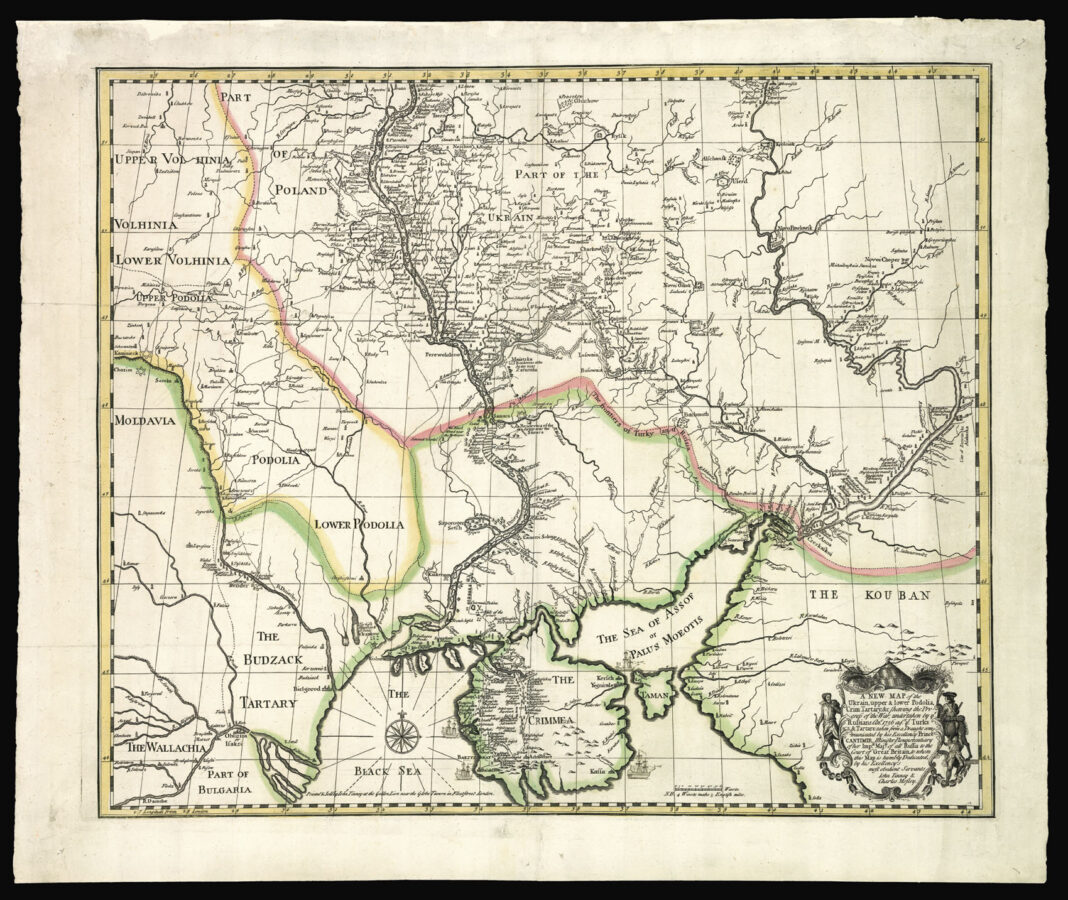 By TINNEY, John and Charles MOSLEY, 1736

A New Map of the Ukraine, Upper & Lower Podolia, Crim Tartary shewing the Progress of the War, undertaken by the Russians anno 1736 against ye Turks & Tartars: taken from a Draught communicated by his Excellency Prince Cantimir, Minister Plenipotentiary of her Imperial Majesty of all Russia to the Court of Great Britain, to whom this Map is humbly Dedicated, by his Excellency’s most obedient Servants.

A map showing the theatre of the Russo-Turkish War, covering a stretch of eastern Europe from Poland to Russia. Russia invaded Turkey in retaliation for Crimean raids into Russian territory. Austria joined the war on Russia’s side in 1737.

The title cartouche, flanked by figures in native costume, contains a dedication to ​“Prince Cantimir”. This is Prince Antiokh Dmitrievich Kantemir (1708–1744), a Russian diplomat who came from a notorious noble family. His sister was forced to enter a convent when Catherine I became empress after attracting the attention of Peter the Great; his brother was exiled after participating in the Golitsyn conspiracy against the Empress Elizabeth. Prince Kantemir served as ambassador to London from 1731 to 1736. In 1736 he became minister plenipotentiary to France, suggesting that the map was produced in that year, after Russia had entered into the war and before he left for Paris. The inscription suggests that he gave Tinney and Mosley a manuscript map to work from, guaranteeing the map’s accuracy.

Rare; only one institutional copy traced, in the British Library.