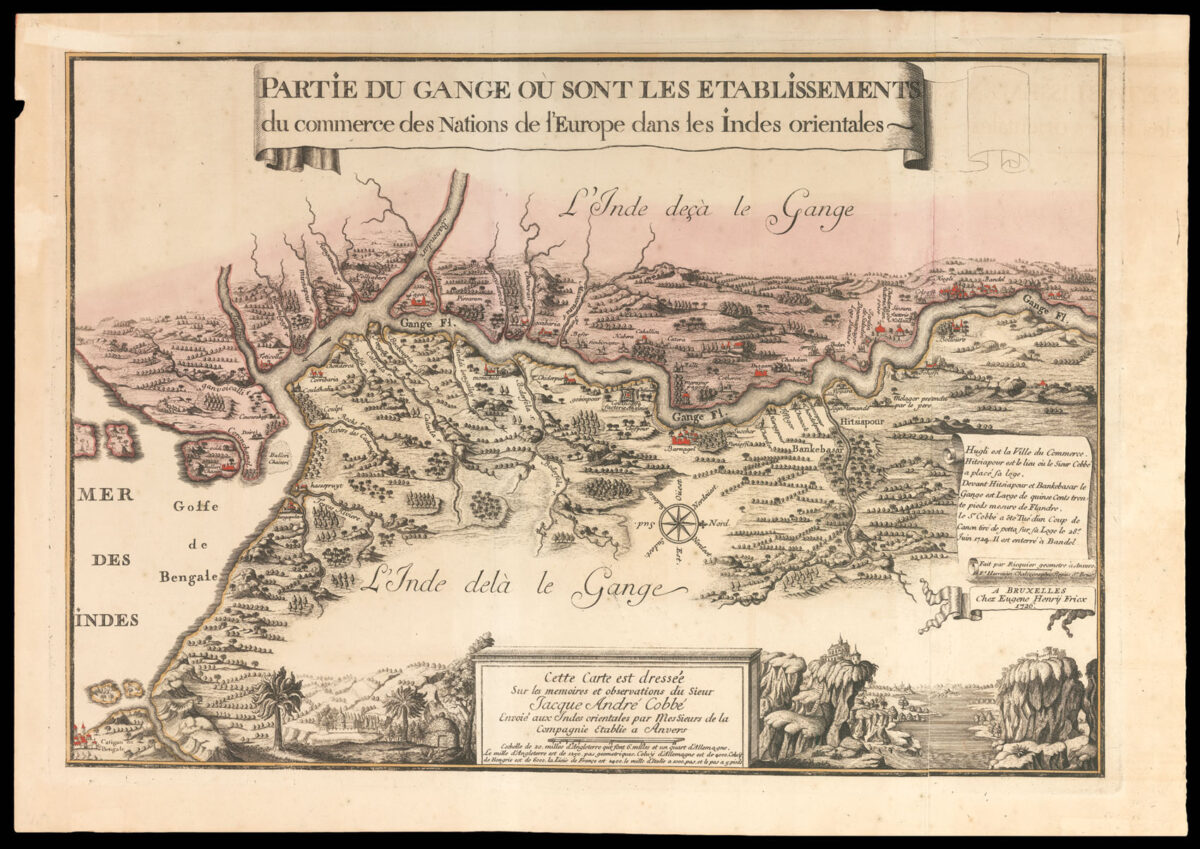 Rare separately issued map of the mouth of the Hoogly River

Detailed map of the mouth of the Hoogly River.

The map extends from the mouth of the river to the city of Hoogli-Chinsurah (Hugli). All the major settlements are highlighted along the river including the European factories: the English at Calcutta or Kolkata (Coulicassa); the Dutch at Chinsurah (Sinsura); and the French at Chandannagar (Chandengor).

The map is based upon the writings and observations of the Jacques André Cobbé, an envoy of the company established at Antwerp. The company in question was most probably the Ostend East India Company. The company was set up in 1715, when the Austrian Government decided to issue licences for trade with the west and east indies to merchants in Ostend, Antwerp, and Ghent. The company’s extistance was short lived as it met with significant resistance from the well established national company’s of England, Holland, and France. In 1727, in an act of political expediency by the Austrian authorities the company’s licence was revoked.

Below the map is a fine panorama of the Hoogly.