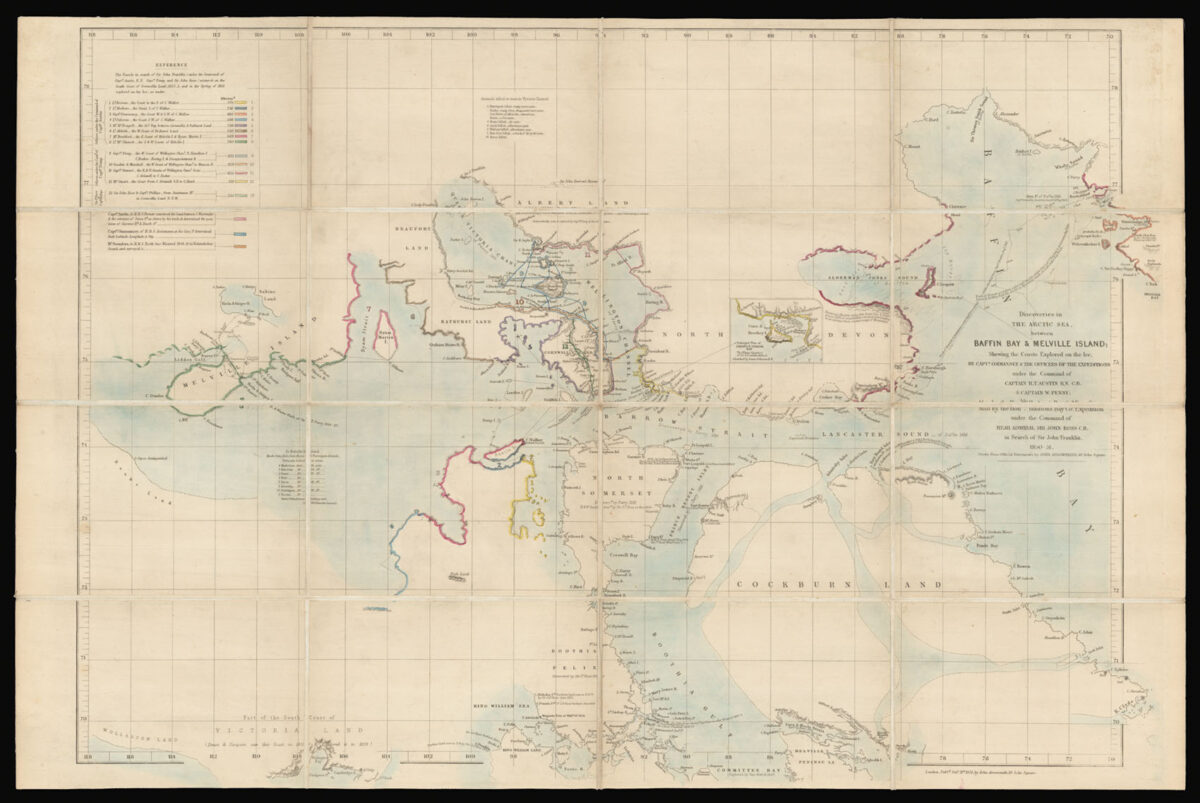 Discoveries in the Arctic Sea between Baffin Bay & Melville Island; shewing the coasts explored on the ice, by Captn. Ommanney & the officers of the expeditions under the command of Captain H.T. Austin R.N.C.B. and Captain W. Penny; also by the Honble. Hudson’s Bay Co’s expedition under the command of Rear Admiral Sir John Ross C.B. in search of Sir John Franklin. 1850–51. Drawn from official documents by John Arrowsmith.

Arrowsmith’s map of the Arctic discoveries gives an overview on the numerous voyages to the area, and noting where, when and by whom they were accomplished. Nevertheless, the focus of this map is on the search for Sir John Franklin and his crew in 1850 and 1851, and the routes that Captain H. T. Austin, Captain W. Penny and Sir John Ross, took, outlined in colour. The map records the numbers of animals seen and killed in the Victoria Channel and Melville Islands, including seals, walrus, and snowy owls.

Sir John Franklin departed from England in 1845 aiming to traverse the last uncharted section of the Northwest Passage: he and his crew were never seen again by Europeans. It was assumed that both of his ships became trapped in the ice surrounding King William Island. Since 1848, and throughout the nineteenth century, several expeditions were undertaken in search of Franklin and his expedition. The search for Franklin and his expedition became a popular unsolved mystery, expressed by his Victorian contemporaries in poems, novels, and maps, as here.

In 2014 and 2016 the wrecks of Franklin’s two vessels ​‘Terror’ and ​‘Erebus’ were eventually found by Canadian search teams.