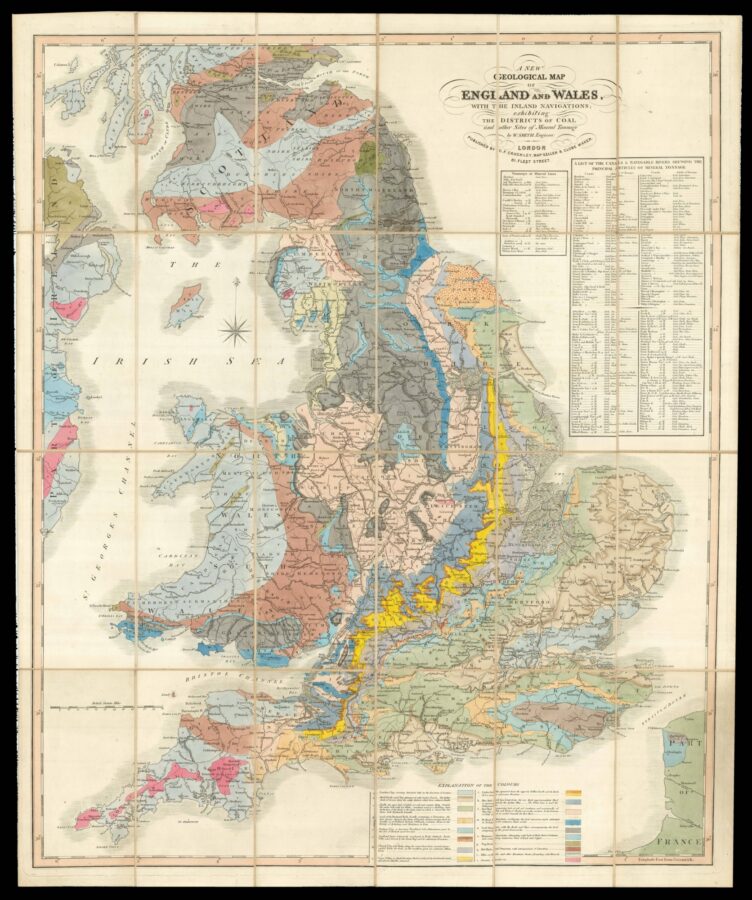 A New Geological Map of England and Wales with the inland navigations; exhibiting the Districts of Coal and other Sites of Mineral Tonnage by W. Smith, Engineer.

The present example, not recorded by Eyles in her census, bears the imprint of George Frederick Cruchley, who acquired much of Cary’s stock in 1844. Although the title has been re-engraved, the text remains the same. The title in the box below the title now reads ​‘Tramways or Mineral Lines’, rather than ​‘Railways’. The colouring of the geological features have changed, though the placement and naming remains the same.

We are unable to trace any institutional examples, of the present state.