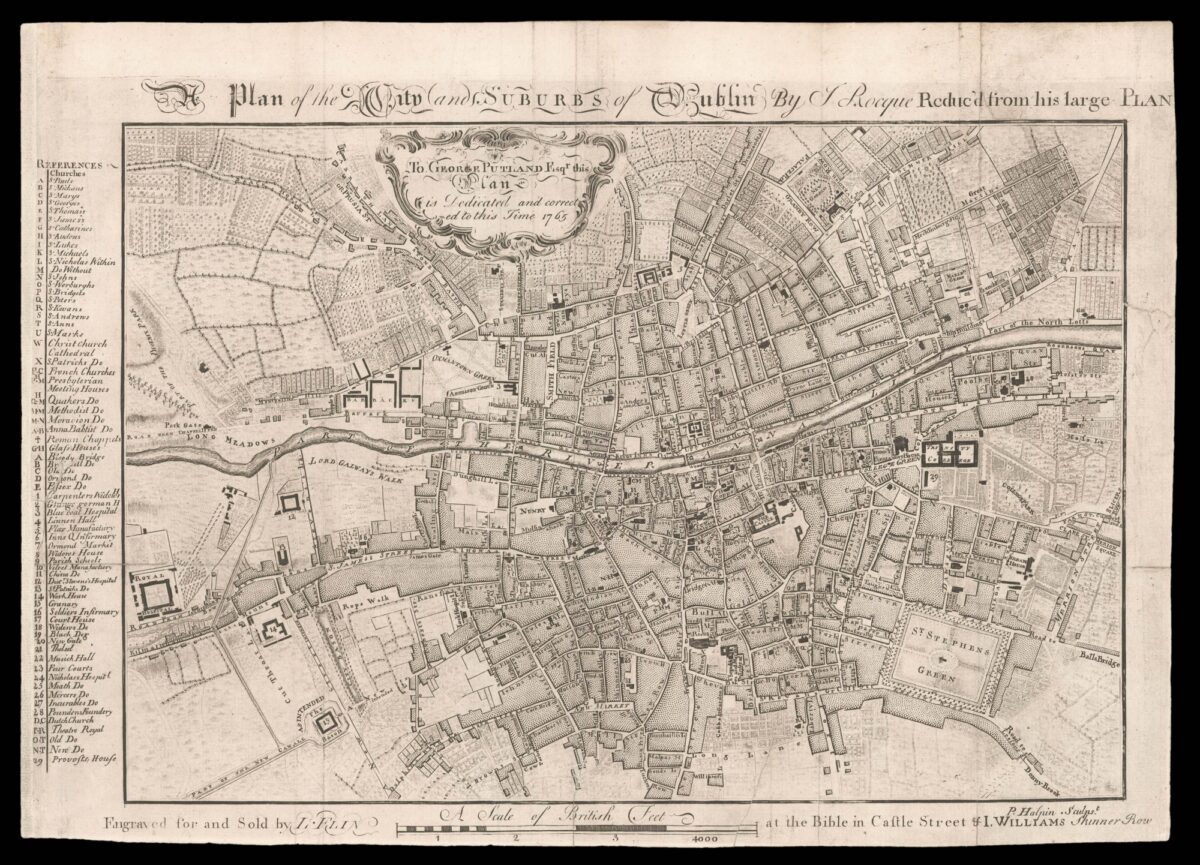 A Survey of The City and Suburbs of Dublin with the Division of t he Parishes reduced from the large plan on four sheets, By John Rocque Chorographer to his Royal Highness the Prince of Wales. [title repeated in French].

Rocque’s ​“Exact Survey of the City and Suburbs of Dublin” commenced in the autumn of 1754 and was published in four sheets just two years later. The map was drawn to a similar scale to his London plan upon 24 sheets, of two hundred feet to an inch, and portrayed ​“all publick buildings, dwelling houses, ware houses, stables, courts, yards &c’ ”. Also depicted are numerous places of worship including Anglican churches, ​“Roman chappels”, French churches, Presbyterian, and Quaker meeting houses, together with warehouses and areas of manufacture.

At the time of printing, Dublin’s population was around 100,000; the city having greatly expanded from its medieval walls. Numerous churches and chapels crowd the medieval city, with the castle dominating to the right; not far to the south is St Patrick’s cathedral, where Jonathan Swift was dean. To the right of the plan is Trinity College Dublin, Parliament House, and the fashionable St. Stephen’s Green to the south. To the left the Barracks, Royal Hospital and the City work house are clearly marked.

The large scale plan was first published in 1756 with the reduction — the present map — appearing in the following year. 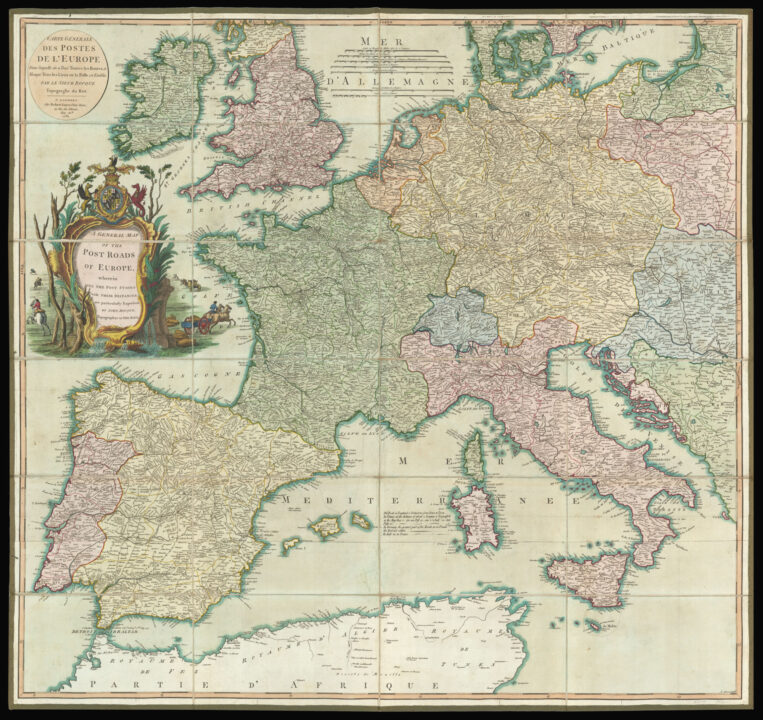