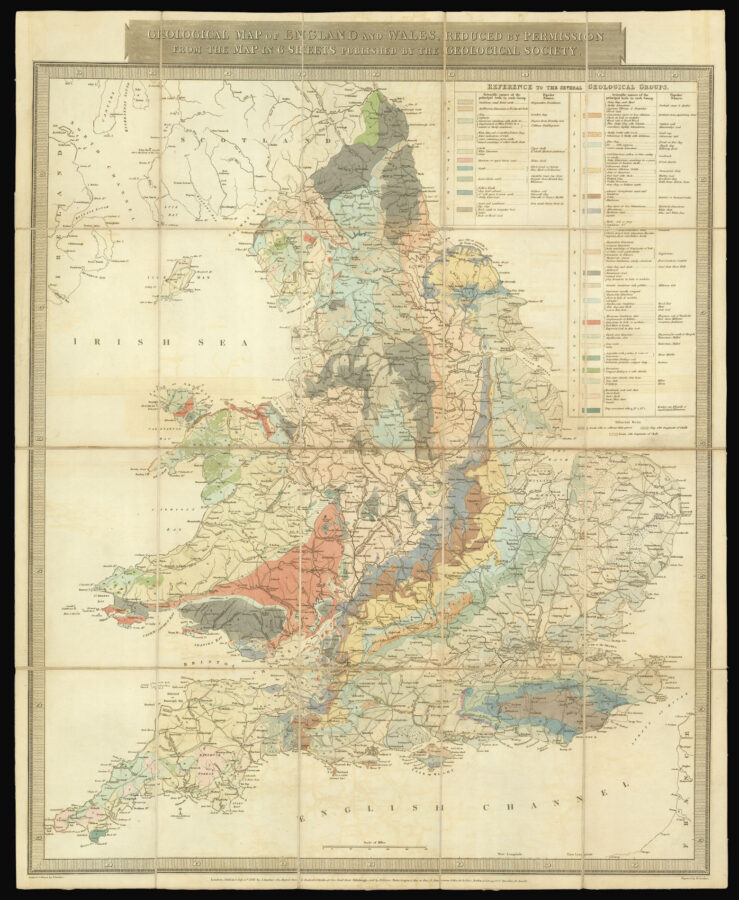 Rare reduction of Greenough’s geological map of England and Wales

A Geological Map of England and Wales reduced by permission from the map in 6 sheets published by the Geological Society.

Greenough’s map, and its lack of fieldwork, was met with a scathing reception by some. The geologist Thomas Webster called it ​“so very defective and inaccurate that I was obliged to begin de novo” (Winchester). It sold, however, by virtue of being produced under the auspices of the Society and because it was cheaper than Smith’s work, which has been suggested as a deliberate ploy on Greenough’s part (Winchester). Greenough was forced to defend his actions later, arguing that the similarities between his and Smith’s work came about because both works were correct. Eventually, the 1868 edition of Greenough’s map credited Smith for the first time, but by then it was too late. Smith had died in 1839, heavily in debt and unacknowledged.