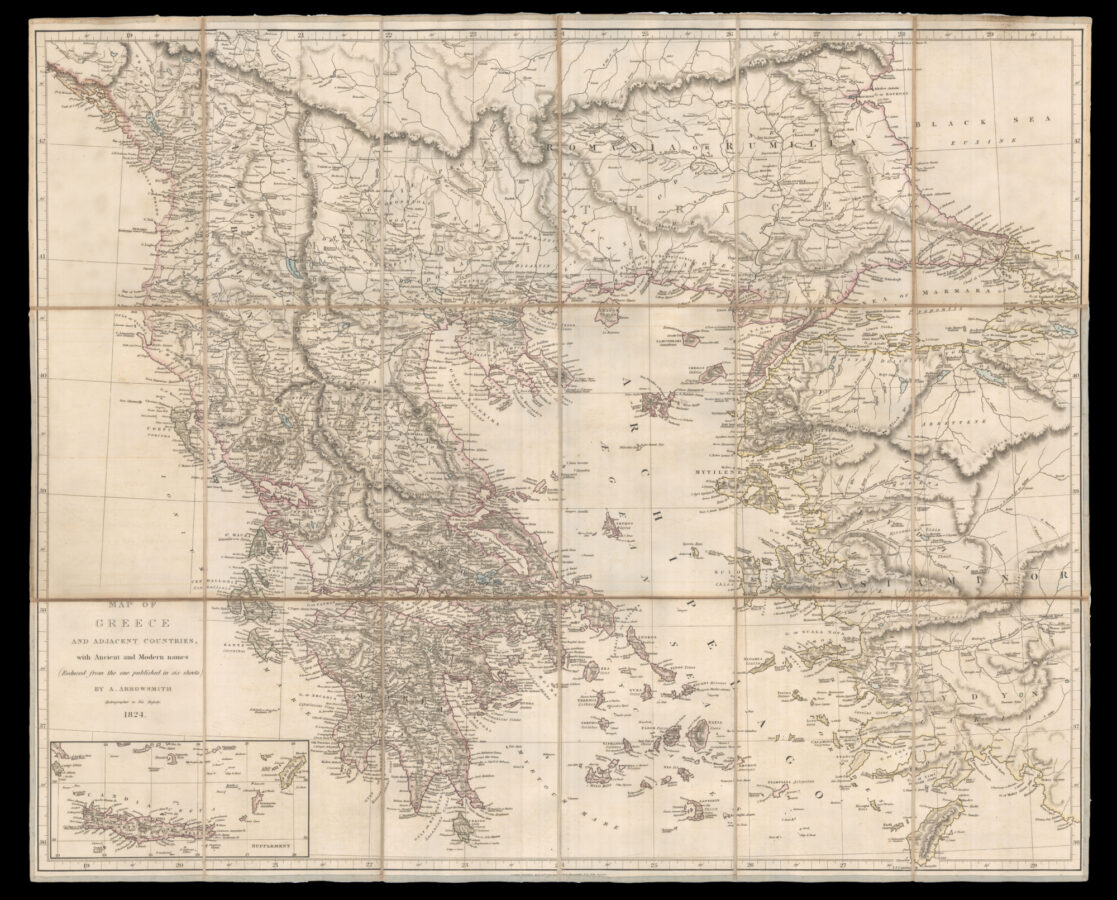 Map of Greece and Adjacent Countries with Ancient and Modern names (reduced from the one published in six sheets) By A. Arrowsmith Hydrographer to His Majesty 1824.

Arrowsmith’s reduction onto one sheet of his six sheet map of Greece.

The reduction covers the same geographical area as the large map, stretching from Corfu in the west to Rhodes in the east, and Cythera in the south to Montenegro in the north. The major change is the additional inset map to the lower left of Crete.

Rare we are only able to trace three institutional examples: University of Leeds; Bayerische Staatsbibliothek; and the University of Michigan.