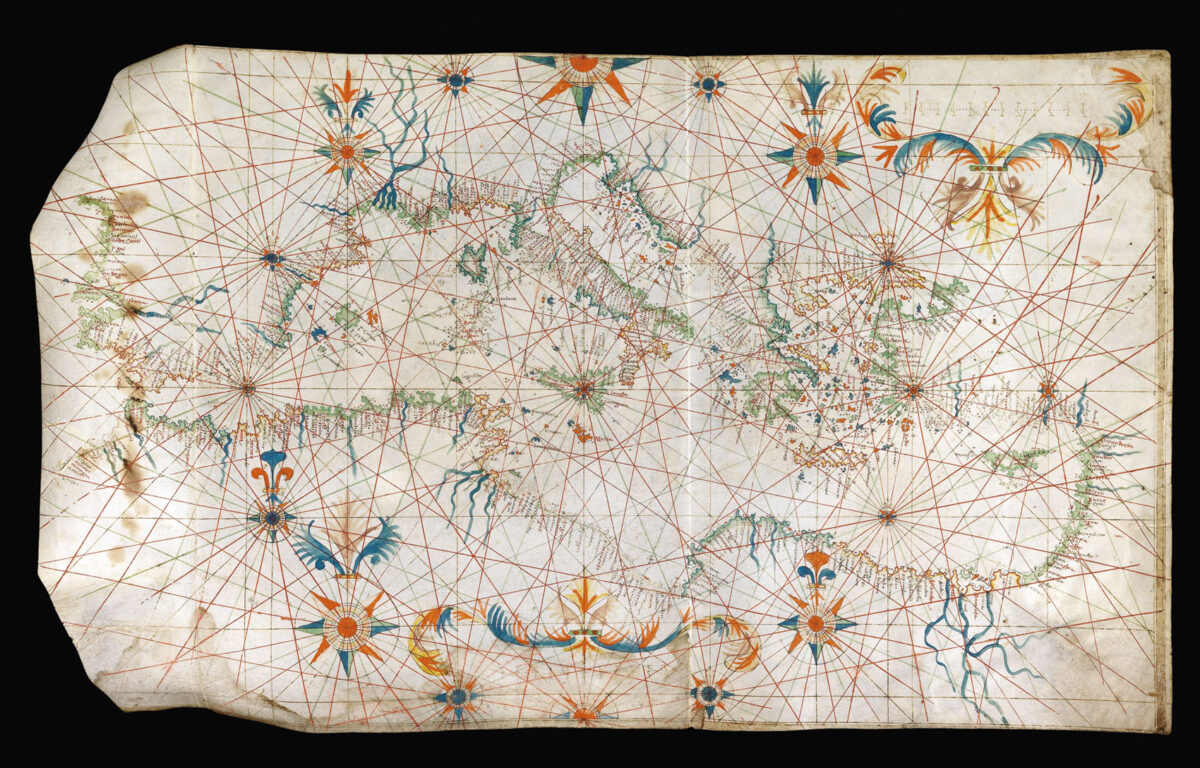 Rare portolan chart of the Mediterranean

A fine and striking portolan chart of the Mediterranean.

The simplicity of the decoration could be an indication that the chart was produced for a ship’s captain or for the office of a mercantile clientele.

The chart bears some stylistic similarities with the those produced by the later members of the Oliva family of mapmakers; for example in the depiction of Malta and Rhodes in red with white cross, and in the placement of a compass rose in upon Sicily. The Olivas, a family of Catalan chartmakers, produced their first chart in Majorca before 1550. Charts signed by at least 16 members of the Oliva family are recorded, with dates between 1538 and 1673. The charts were produced in a number of ports, including Majorca, Messina, Livorno, Florence, Venice, Malta, Palermo and Marseilles. This decorative style, which began in the 15th century, flourished in the mid- to late-16th-century particularly in Southern Spain, Majorca, Marseilles and Genoa. This example is particularly fine in its composition and draws inspiration from early charts. 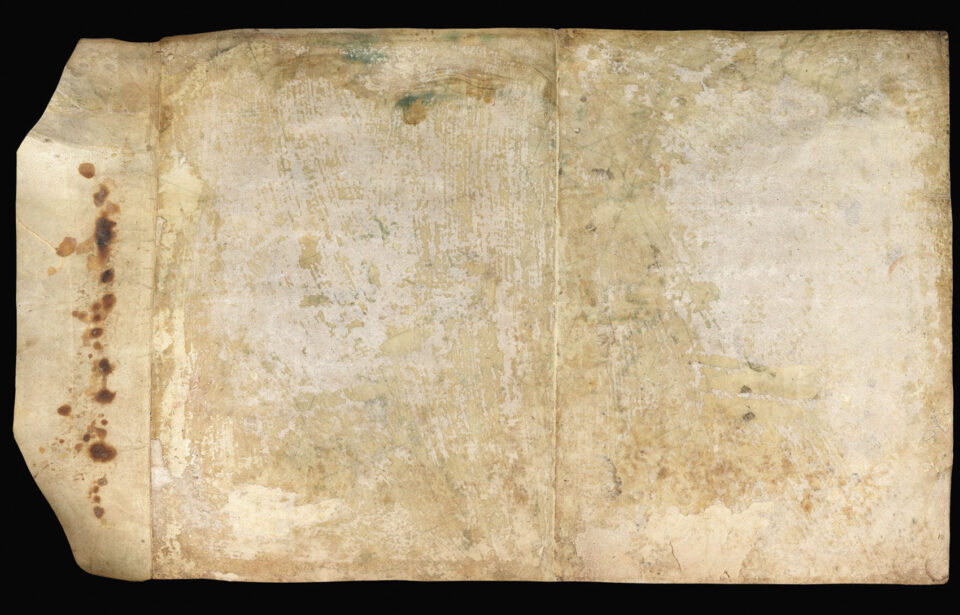