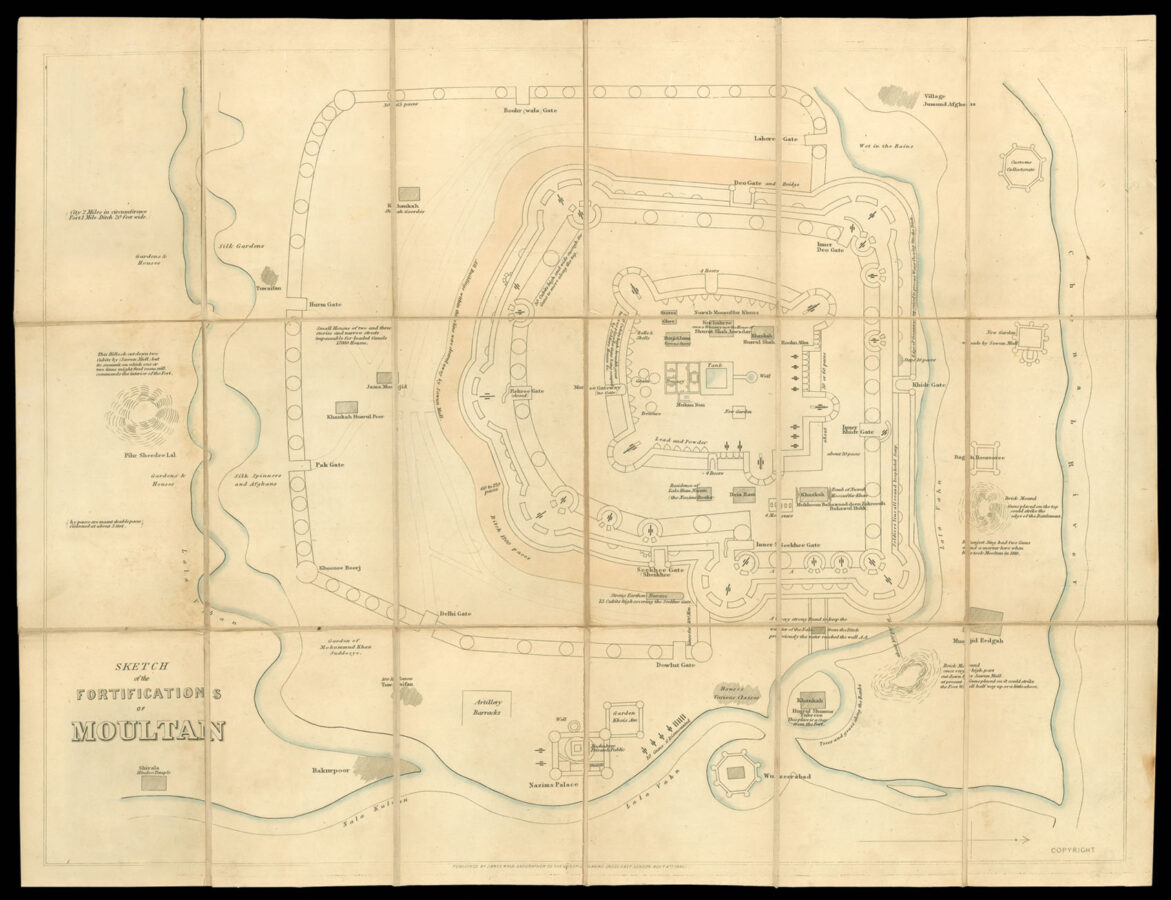 Sketch of the Fortifications of Moultan.

A detailed plan of Multan, a city in the South Punjab in Pakistan, depicting the defences and gun emplacements. It also has suggestions for taking the city by siege by the placement of artillery on several of the surrounding mounds and hillocks.

Rare; we were only able to trace one institutional example of the plan in the British Library.