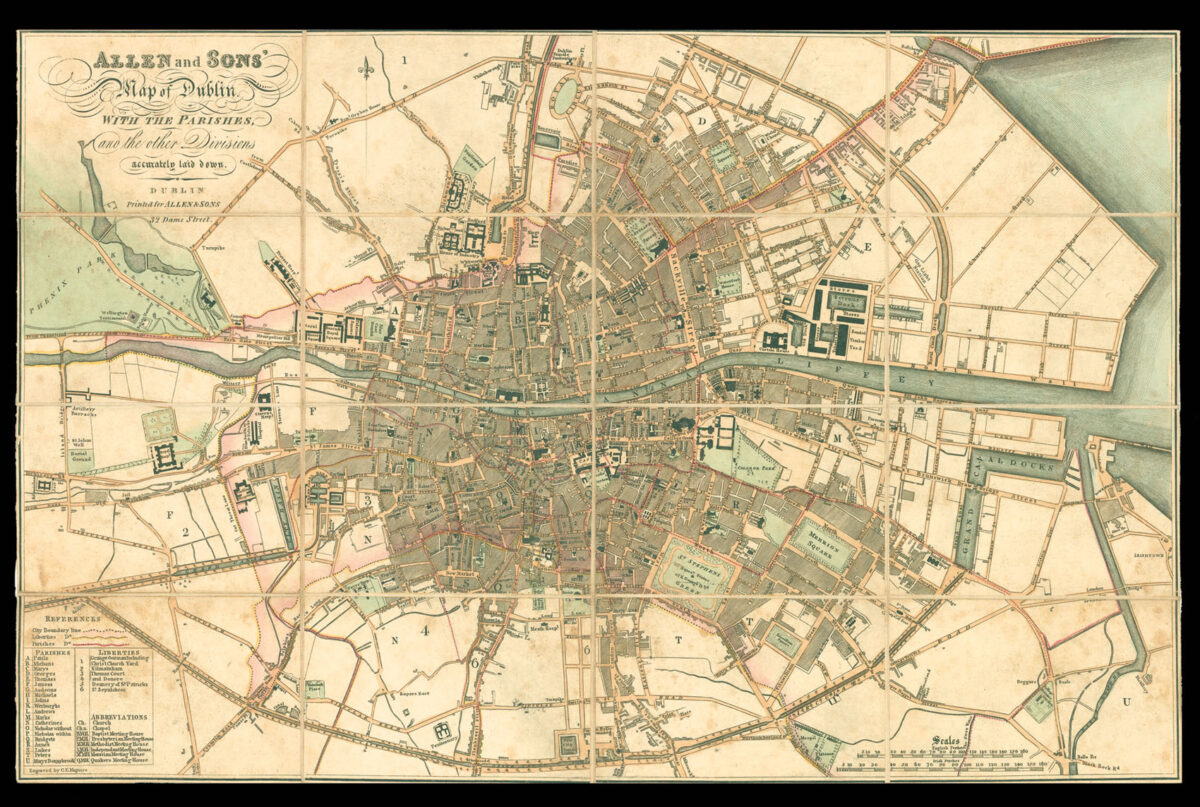 Allen and Sons’ Map of Dublin. With the Parishes, and the other Divisions accurately laid down.

The plan marks all major public buildings, including Trinity College, the Royal Hospital, the Custom’s House, Prisons, and the Castle; also shown are squares, roads, canals, and reservoirs. The City boundary line is marked pink, the Liberties yellow, and the Parishes red. To the lower left of the plan is a table of the Parishes and Liberties, and list of the abbreviations; these include churches, chapels, and Meeting Houses for Baptists, Presbyterians, Methodists, Independents, Moravians, and Quakers.

William Allen (d.1825) was a leading Dublin map and printseller, who succeeded the printseller, Richard Bushell, at 88 Dame St, he would late move to 32 Dame St. In 1819 when his two sons Mark and James joined the firm the company traded as Allen and Sons, until Willam’s death in 1825. The sons would continue trading as M.H. & J.W. Allen until 1831. The slipcase bears a date in manuscript of 1824, and the imprint of M.H. & J.W. Allen.

The scale used upon the map is the rather unusual English and Irish Perch. The English Perch, even by the the 1820s, had not been standardised — the English preferring the Rod as a unit of measurement — and could vary between 16 1/2 ft and 25 ft. However, the Irish Perch had been set at 21 ft. This gives the plan a rather large scale of (approx.) 6 inches to the statute mile.