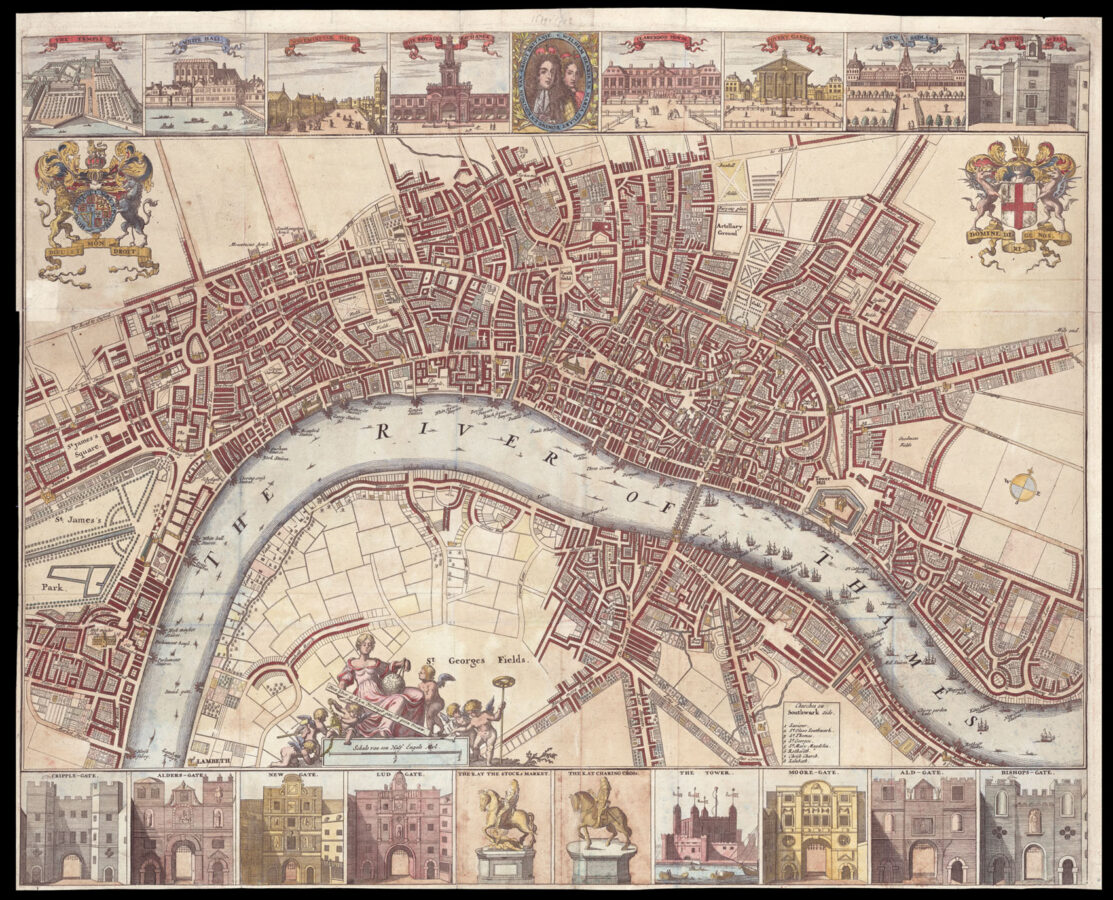 Rare plan depicting London during the reign of William and Mary

This highly detailed plan extends from Westminster in the west to Wapping in the east and Clerkenwell in the north to St. George’s Fields in the south. The most important public buildings are depicted in elevation, including the Tower of London, Westminster Abbey, and St Paul’s. Several places are marked with letters and numbers. To the left of St George’s Field is a reclining female, with a globe and pair of compasses; she sits upon the scale bar and is surrounded by putti holding surveying tools. To the upper left and upper right are the royal and City of London coats-of-arms respectively. Above and below the plan are eighteen views of public buildings, gates, and statues; they are from upper left to lower right: The Temple (Temple Bar), Whitehall, Westminster Hall, The Royal Exchange, Clarendon House, Covent Garden, New Bedlam, Bridewell, Cripple-gate, Alders-gate, Newgate, Ludgate, Statue of Charles II at the Stocks Market, and Charles I at Charing Cross, The Tower of London, Moore-gate, Ald-gate, and Bishops-gate. Also along the upper border is a cameo of William and Mary.