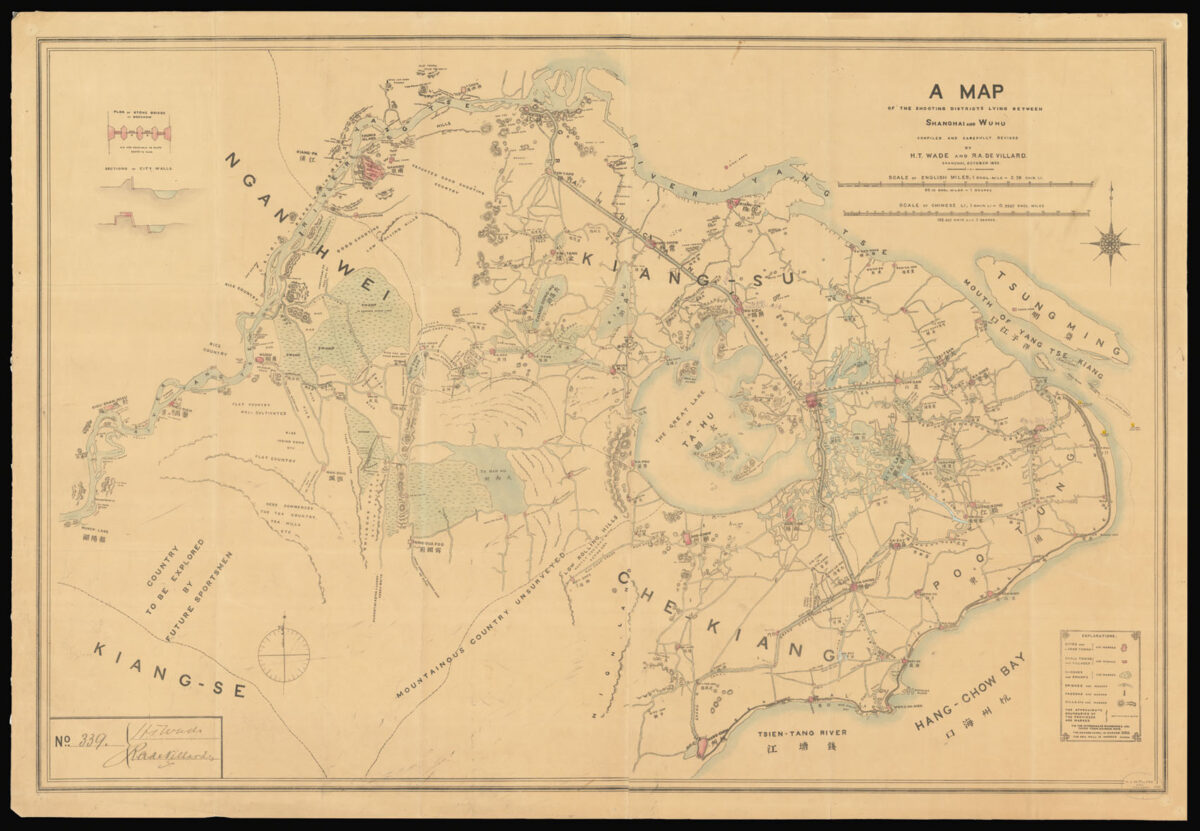 Rare nineteenth century plan of Shanghai and its environs

Map of the Shooting Districts Lying Between Shanghai & Wuhu Compiled and Carefully revised by H.T. Wade and R.A. de Villard.

The map stretches west to east from modern day Tongling to Shanghai, and north to south from Nanjing to Hangzhou. The major districts and provinces are marked in English and Chinese. Also marked upon the plan are cities, towns, villages, marshes, swamps, bridges, pagodas, hills, boundary provinces, canals, and the sea wall. To the upper left are profiles of the stone bridge and the city walls of Soochow (Suzhou).

The map was produced to aid the gentleman to find suitable areas around Shanghai to shoot game. Hence, as well as the labelling of geographical and man-made features, the map is replete with phrases such as ​‘good shoot low rolling hills’, ​‘reported good shooting country’, and to the far left of the map, ​‘country to be explored by future sportsmen’. Pasted onto the inside cover is a 13 page distance table, giving distances in English miles and Chinese Li.