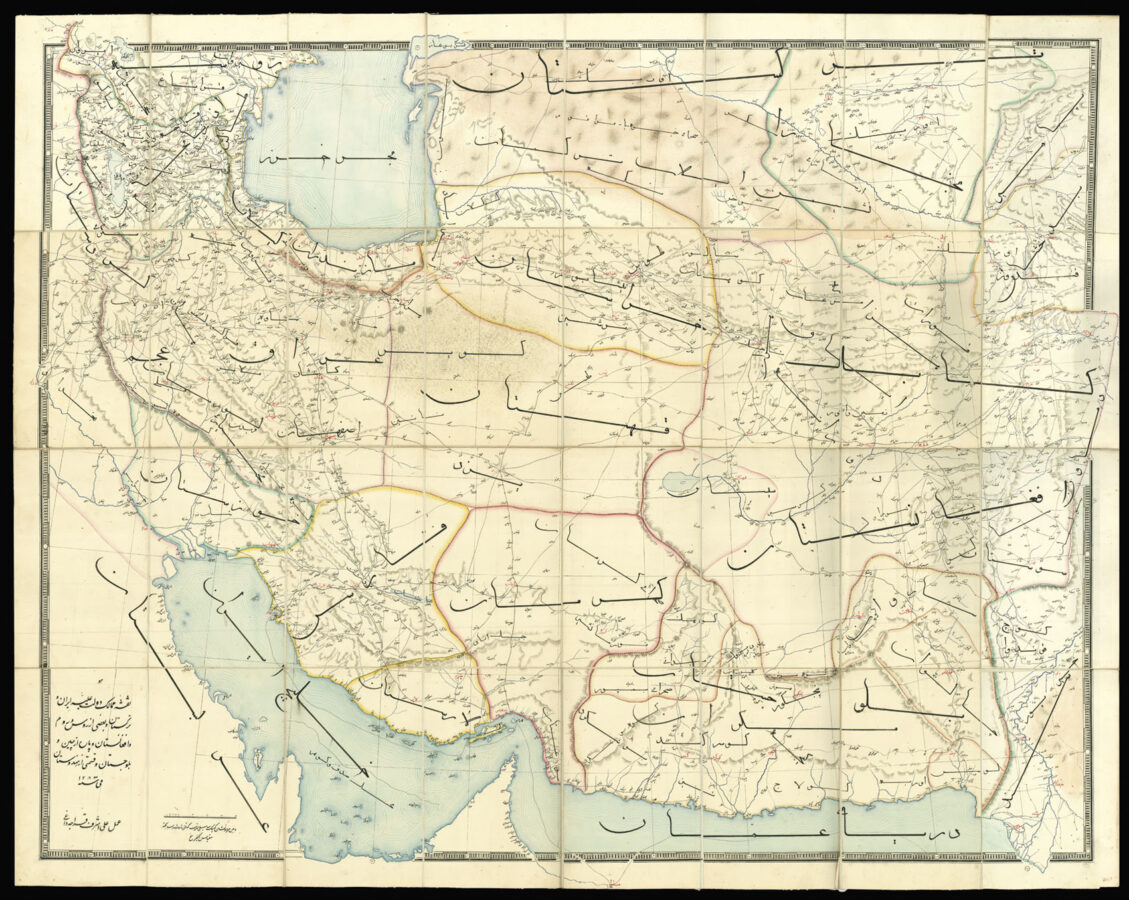 A rare map of Persia (now Iran) and central Asia. The map uses the Iranian unit of measurement, the parasang or farsakh, roughly equivalent to a league. It reflects the provisions made by the Treaty of Paris, which concluded the Anglo-Persian War.

Persia at the time was ruled by Nasser al-Din Shah Qajar. The Shah attempted to take Herat to increase Persian influence in the region and regain territory lost to Russia at the end of the Russo-Persian Wars. The British, mistakenly thinking that Persia was influenced by Russia, and keen to maintain Persia as a buffer between Russian territory and India, declared war in retaliation. The war culminated in Persia abandoning its claims to Herat, and the British making concessions to the Persian government.