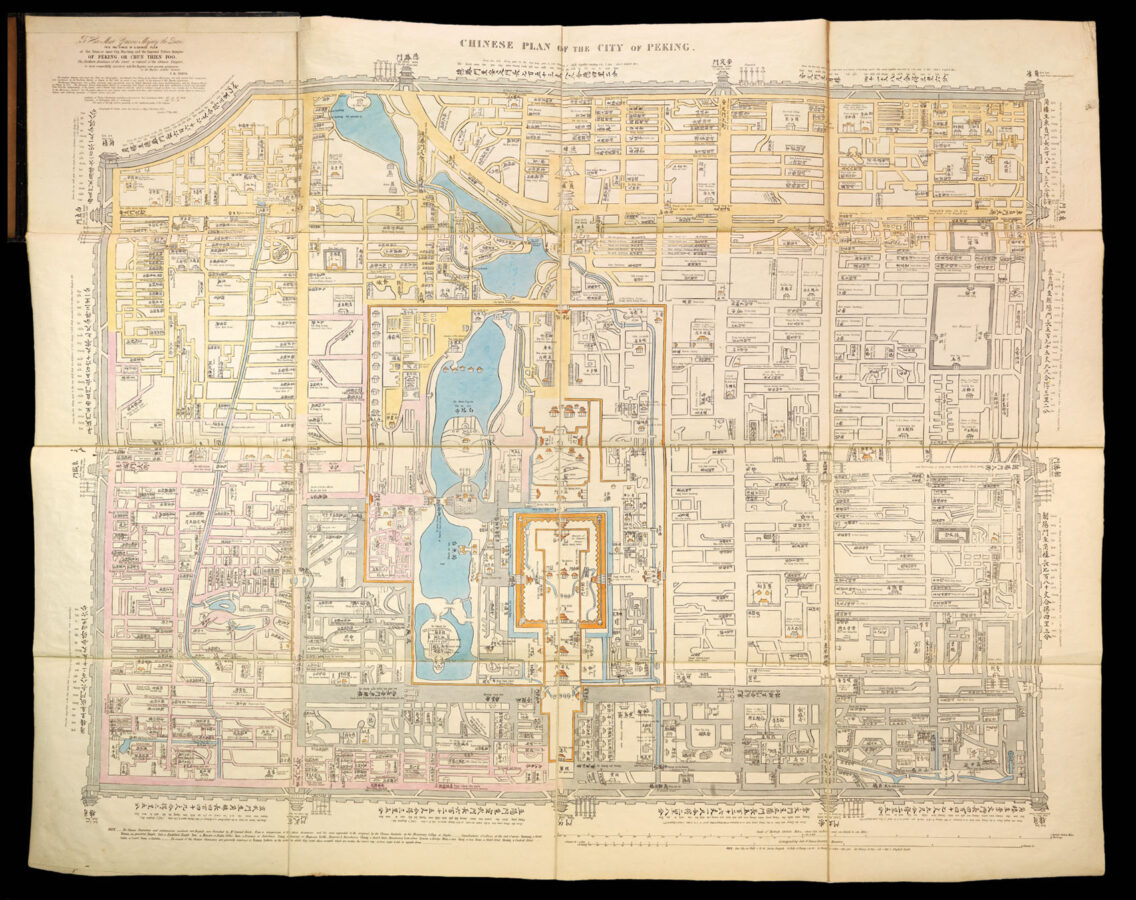 Chinese Plan of the City of Peking.

An impressive and large plan of Beijing, one of the largest and most detailed plans of the Imperial city published in the nineteenth century.

The catalyst for the plans publication was the British Government’s acute lack of the knowledge of China at the outbreak of the First Opium War. A legend to the upper left of the plan provides an explanation of the plan’s origins. The plan was according to the text, purchased by Sir Woodbine Smith, who was at the time Chief Commissioner at Naples, in November of 1842, from an Italian Missionary who had recently returned from Peking. The plan was subsequently sent to the Royal Geographic Society, who made it known to the then Foreign Secretary Lord Aberdeen, for use in the event of an attack on the city. The legend goes on to state that the plan is the most accurate depiction of the city to date, and names three previous maps, the Russian plan of 1812 by Father Hyacinth, the French plan of 1758 by Delisle, and the contemporary rough sketch by the missionary Guzlaff. The Chinese text was translated into English by Samuel Birch, a leading Egyptologist and antiquarian, who in 1836 had been appointed to the Antiquarian department at the British Museum on account of his knowledge of Chinese.

Major Thomas Best Jervis (d.1857) was a military engineer, who had worked on the survey of India, and was, a one point, appointed acting Surveyor General of India. He had a great interest in the history and geography of Asia, and published numerous works on the subject, including a translation of Hugel’s ​‘Travels in Kashmir and the Punjab’. In 1857 Jervis was made director of the new Topographical and Statistical Department, the creation of which he had urged for many years. He died soon after ​“but he left a clear scheme for the duties which he conceived should be performed by the Department, and he had executed a number of maps pertaining to the Crimean War and the Near East.”