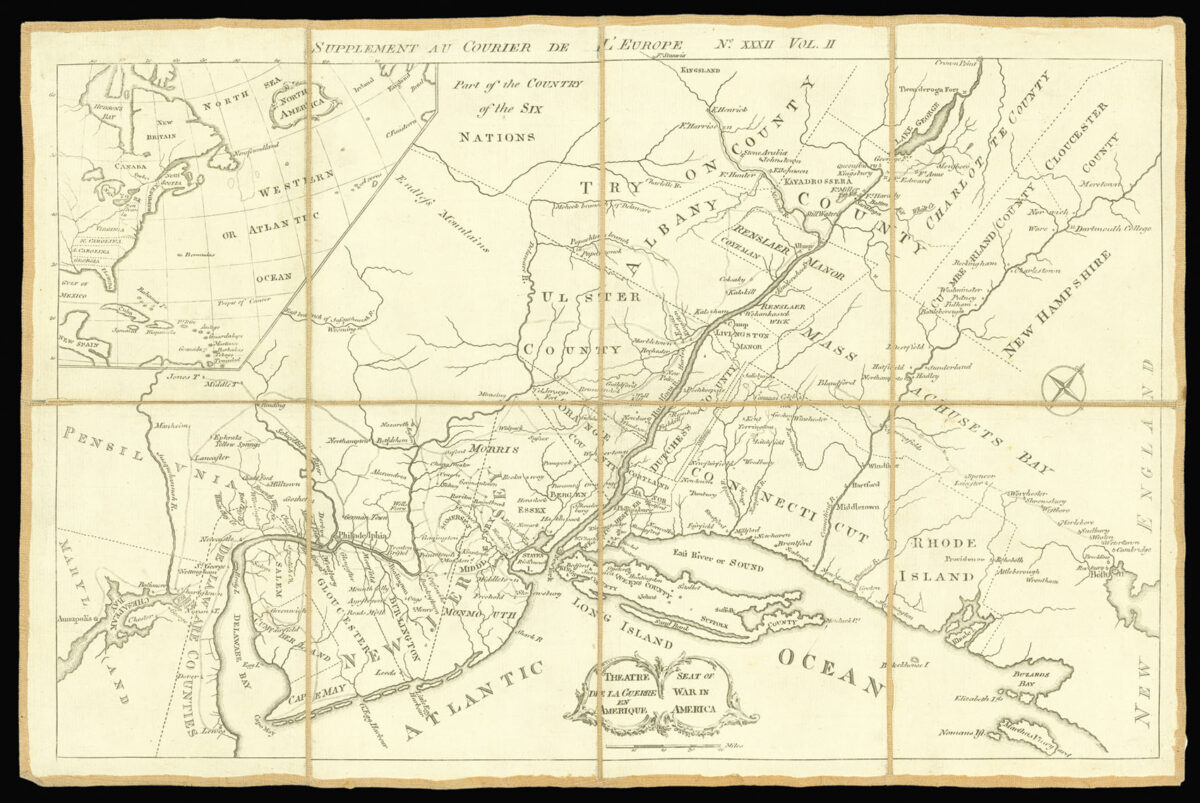 The map shows the theatre of the American War of Independence around New York with an inset map of North America in the upper left corner. It is oriented with north to the upper right. 1777 marked a turning point in the War with the formation of the French Alliance. This was formed after crucial victories in the north and a new British peace proposal offer, which the French feared would allow Britain to retain the colonies.

It was produced for the ​‘Courier de l’Europe’, a Franco-British publication founded by Samuel Swinton which ran from 1776–1792. It was written from London, giving an insider view of British politics, but its main audience was in France. An ill-advised letter regarding the influence of Marie Antoinette and the great minister Maurepas had seen the the Courier banned in France temporarily in 1776. An intervention by the playwright Pierre de Beaumarchais enabled it to start printing from Boulogne. It outsold every other international gazette of the day, and its editor in France boasted that he made more money from it in a year than Jean-Jacques Rousseau had made in a lifetime. Its aim was ostensibly to cover developments in America between Britain and its colonies and advocate French intervention; it was the first newspaper to publish the text of the Declaration of Independence of the Thirteen Colonies in France. Despite Swinton’s apparent support of the American cause, he ran a network of spies from Boulogne throughout the war.