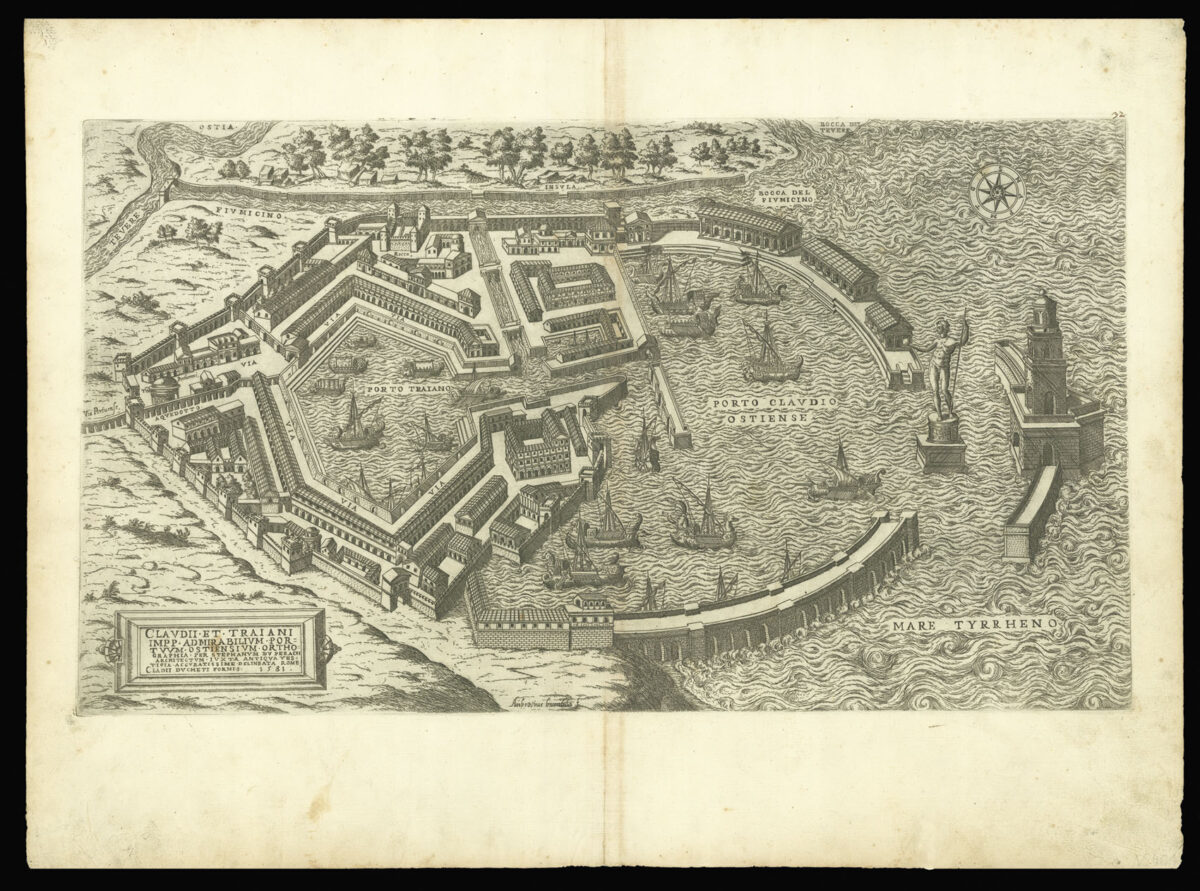 Rare map of the port of Ostia

Rare map of Ostia from the Lafreri school.

Ambrogio Brambilla (fl.1575–1595) painter and engraver, from Milan. 14 January 1575 he was resident in Rome. In 1579 he was proposed as a member of the Congregazione dei Virtuosi del Pantheon; admitted 14 June 1579 (Orbaan). 6 November 1584 he is described as ​‘Ambrosius Brambilla mediolanensis pictore in Urbe’ (Lincoln). Plates engraved by him listed in Vaccari’s 1614 stocklist, including devotional and genre subjects as well as portraits.and costume prints (Ehrle). He did board games, notable events, ceremonies and topographical prints. He worked for Panzera, Van Aelst and Claudio Duchetti among others.