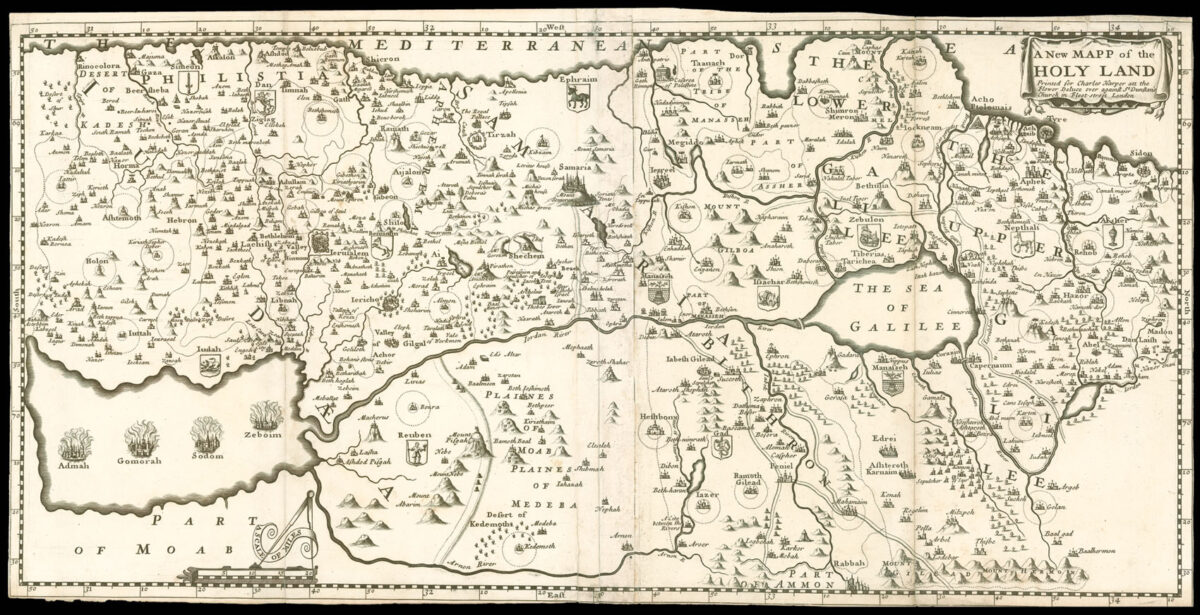 Rare map of the Holy Land

A New Mapp of the Holy Land.

This map of Biblical Palestine extends from ​‘Sidon’ to ​‘Rinocoloura’ and shows the country divided among the Tribes, whose emblems are clearly shown. Haifa bay which should be shown between Acre and Haifa, is reversed and instead of being a bay is a land mass jutting out into the sea. The Kishon River is shown as connecting the Mediterranean with the Sea of Galilee. Acre is also connected by a river to the Sea of Galilee.

The map was published in Samuel Wesley’s The Life of our Blessed Lord & Saviour Jesus Christ, in 1697, and was based upon Thomas Fuller’s map of Palestine (Laor 278), published in 1650. However, the map differs from Fuller’s by its orientation with west at the top, and its slightly reduced scale.

Rare. We could only trace one institutional copy that in the Jewish National Library.