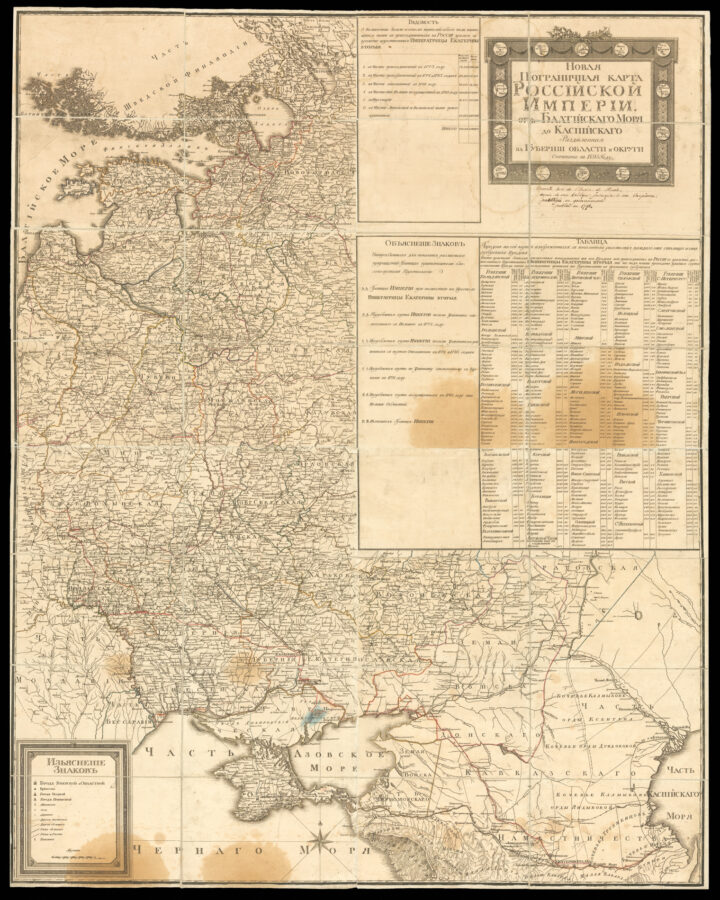 [A new map of the Russian Empire from the Baltic Sea to the Caspian Sea, divided in administrative regions. Composed in 1795.]

Large and rare map of the Russian Empire.

The map stretches west to east from Klaipeda in Lithuania to the edge of the Caspian Sea, and from north to south from St Petersburg to the Crimea. The map focuses on the territory gained in the reign of Catherine the Great, these included portions of Finland west of Carelia, Courland, Lithuania, western White Russia, Podlesia, Podolia and western Little Russia, Crimea and territory to the River Kuban, Kirghiz, and Georgia.

The map is highly detailed and depicts cities, towns, villages, churches, canals, roads, rivers, and forests. To the upper left is the title surrounded by a table of towns organised by province.