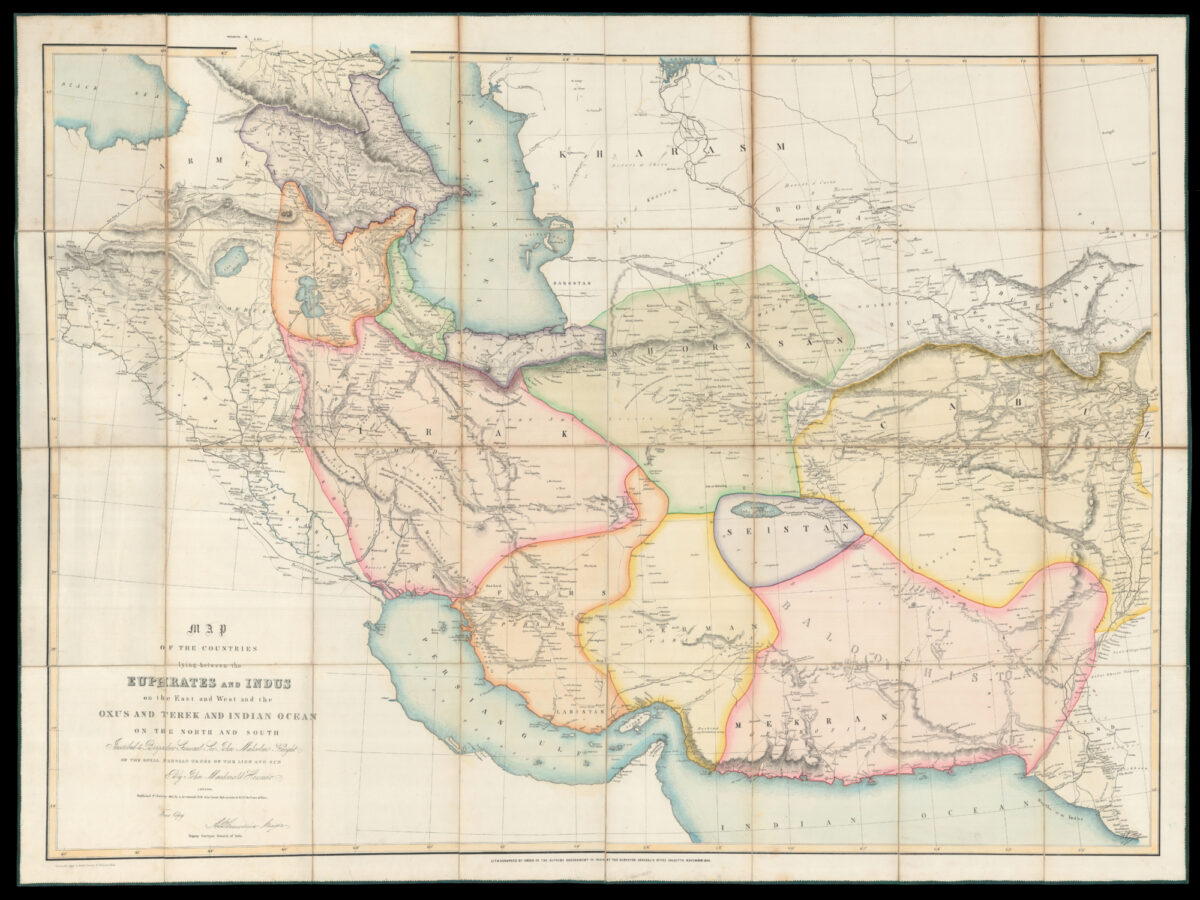 Map of the countries lying between the Euphrates and Indus on the East and West and the Oxus and Terek and Indian Ocean on the North and South. Inscribed to Brigadier General Sir John Malcolm Knight of the Royal Persian Order of the Lion and Sun By John Macdonald Kinneir

Rare map of the Persian Empire at the beginning of the Anglo-Persain War; in very fine condition and bound in full red morocco.
The Anglo-Persian War (1856–1857), was triggered when the British opposed an attempt by Persia to press its claim on the city of Herat. Though Herat had been part of Persia under the Qajar dynasty at the time the war broke out, it had declared itself independent under its own rebellious emir and placed itself under the protection of the British and in alliance with the Emirate of Kabul. The British campaign was successfully conducted under the leadership of Major General Sir James Outram in two theatres—on the southern coast of Iran near Bushehr and in southern Mesopotamia. The war resulted in the Persians withdrawing from Herat and signing a new treaty in which it surrendered its claims on the city, and the British withdrawing from southern Iran
Although the present map was first published in 1813 it was still, in the middle of the nineteenth century, one of the most detailed general maps of Persia, and the English saw fit to republish it (now as a lithograph) as an aid to the campaign. The map was originally published to accompany Kinneir’s ​‘A Geographical Memoir of the Persian Empire’ (1813), a detailed account of the topography and geography of the country complied during his travels in the area as part of Sir John Malcolm’s, 1808-09, mission to Persia.
The ruler at the time of the war was Naser al-Din Shah Qajar, who had ascended the throne in 1848. The Shah would later become a close ally of the British and would be the first modern Persian monarch to visit Europe. In 1873, on his first visit to Britain, Queen Victoria made a Knight of the Order of the Garter.
Book plate of Henry George Charles Lascelles (1882–1947), 6th Earl of Hearwoood, and Viscount Lascelles from 1892 to 1929. 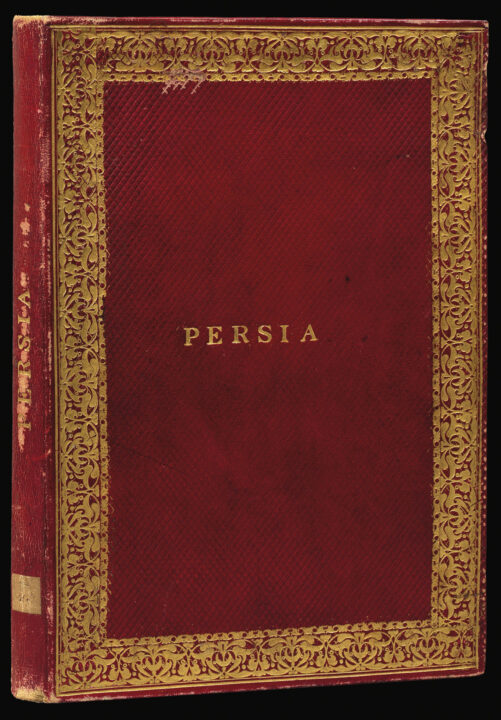