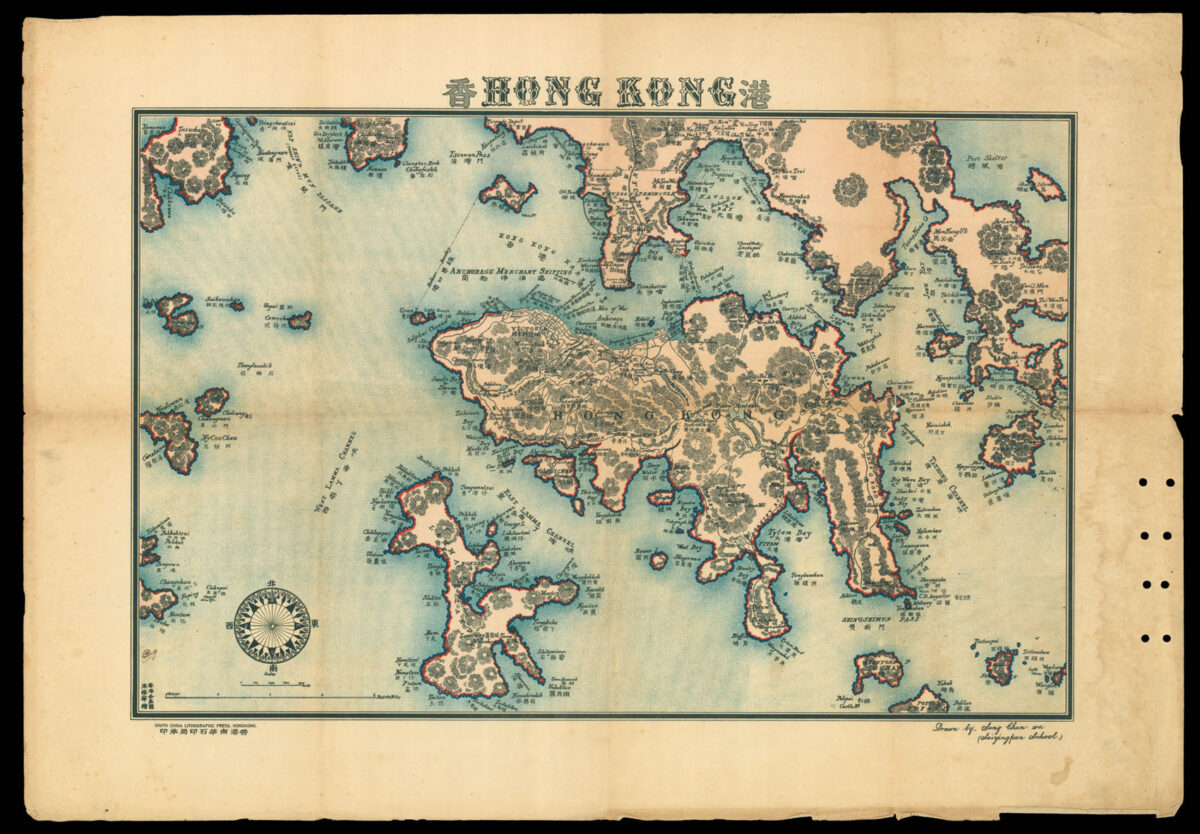 The map is drawn by Sung Chun Wa of the The Saiyingpun Anglo-Chinese School, on a scale of 1 3/8 inch to the statute mile.
All major settlements are depicted and named in both English and Chinese, as are major roads and railways, and several areas of proposed reclamation; elevation is depicted with hatchures and height of mountains in feet.

Although the map is not dated we can ascertain a date from the imprint. The South China Lithographic Press had been bought from the South China Morning Post, of which it was a subsidiary, in 1922, by Sum Wai-yau, who went on to found the first quality Chinese-language newspaper, Wah Kiu Yat Po, or Overseas Chinese Daily, in 1925. This thus gives us a terminus post quem of 1922. The Saiyingpun School, founded in 1879, would later be merged into the new King’s College when it was established in 1926. Thus giving us a terminus ante quem of 1926.