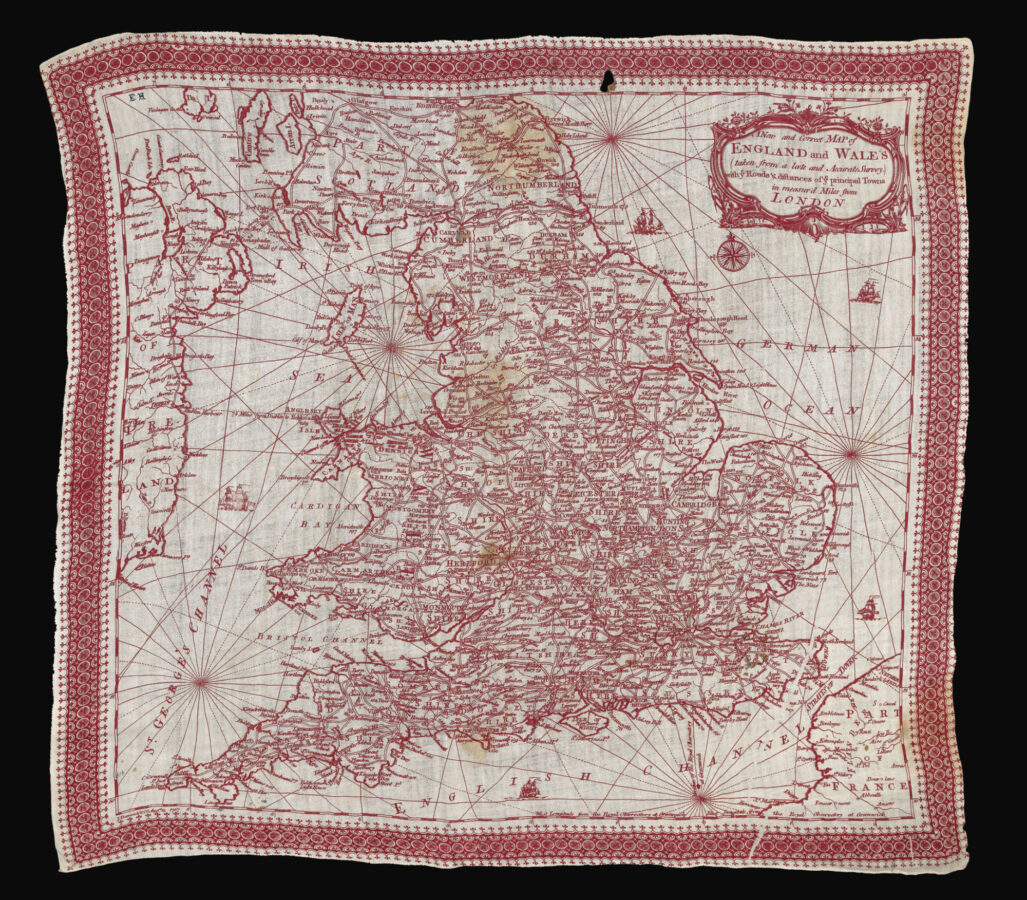 Rare map of Engalnd and Wales printed on linen

A New and Correct Map of England and Wales (taken from a late and Accurate Survey.) with ye Roads and distances of ye principal Towns in measur’d Miles from London.

Rare map of England Wales printed in red on linen.

The map marks roads with the distances of the principal towns from London. The roads extend as far as Edinburgh (which is said to be 378 miles from London) and Glasgow in the north, to Dublin in the west. A dotted line from Anglesey to Dublin gives a distance of 74 miles. Another dotted line connects the Scottish port of Portpatrick to the Northern Irish port of Donaghadee. Donaghadee was used in this period by eloping couples going to Portpatrick, to marry, as there was a daily packet boat; the port became known as the ​“Gretna Green for Ireland”. Numerous ships, compass roses, and rhumb lines adorn the sea.

John Barwick (1684–1739) is recorded a London cloth merchant; he was master of the clothworker’s company in 1726. It would appear that the company was continued by his sons.

Rare we are only able to trace one institutional copy: the National Library of Wales.