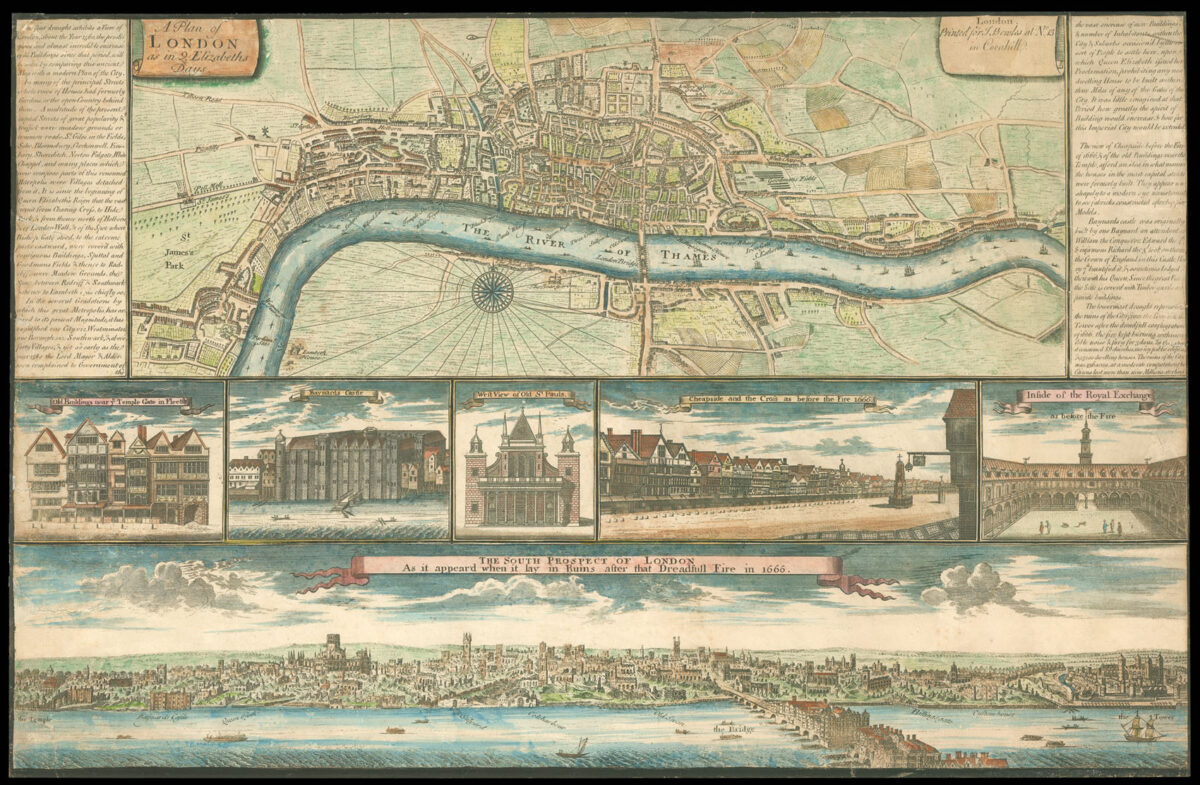 Plan of London in the time of Q. Elizabeth’s Days.

To the upper part of the map sheet London is depicted during the reign of Elizabeth I. Below the plan are five vignette views of buildings lost during the Great Fire of 1666. These include, from left to right: buildings near Temple Gate in Fleet Street; Baynard’s Castle; the West View of St Paul’s; Cheapside and the Cross; and the interior of the Royal Exchange. Below these views is a prospect of London ​“as it appeared when it lay in Ruins after the Dreadfull Fire of 1666”.

The text to the left and right margins of the map, gives and brief description of Tudor London, were ​“many places which now [ie. c.1770] compose parts of this renowned Metropolis were Villages detached from it”. With the views below ​“afford[ing] an idea in what manner the the houses… were formerly built”. Although to the Georgian eye they appeared ​“unshapely… accustomed to seeing fabricks constructed after happier Models”. Finally the text gives information on the Great Fire, which is said to have raged fro three whole days and consumed 89 churches, with the Citizens having lost ​“more than nine Millions sterling”.

We are unable to trace an institutional example of this state of the map. The British Library have an example dated cicra 1730: with an imprint of J Bowles at Mercers Hall in Cheapside, and an earlier setting of the text.