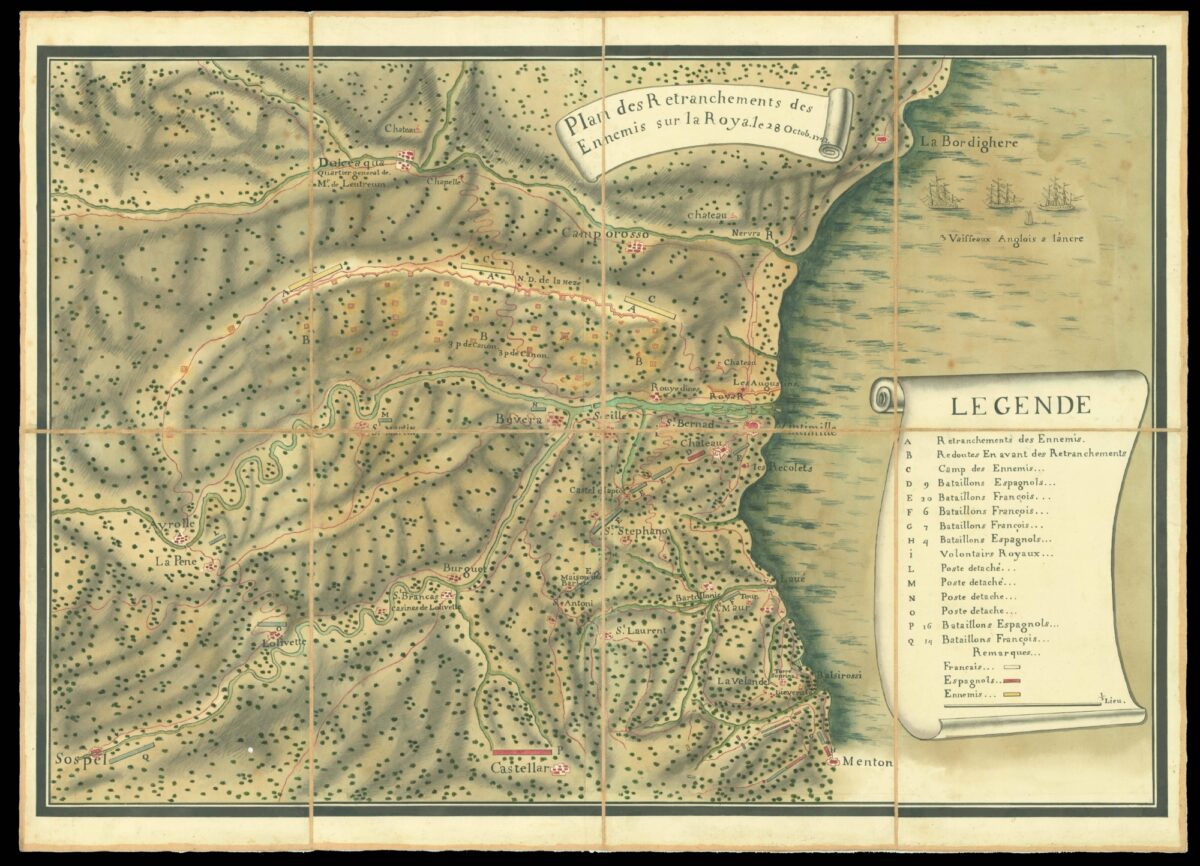 Rare manuscript plan of the seige of Ventimiglia

Detailed plan of the seige of Ventimiglia — in the south of France during the War of Austrian Succession — on October 28th 1747.