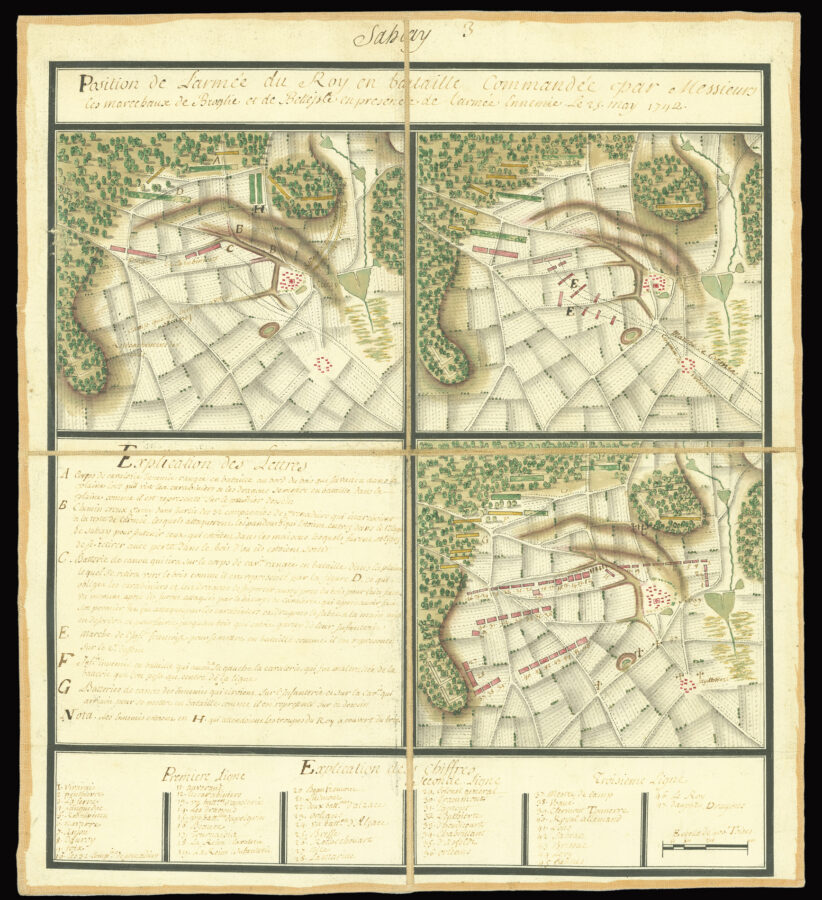 Rare manuscript plan of the of the battle of Sahay

Detailed plan of the battle of Sahay, fought during the War of Austrian Succession.

The three plans give a detailed picture of the position of the French army in the build up and commencement of the battle. Below the plans is a key to the composition of the army

The Battle of Sahay was fought on May 24, 1742 near Budweis in Bohemia between the French under the Duc de Broglie and the Austrians under Lobkowitz. The battle was part of the War of the Austrian Succession and was conducted in cooperation with the Prussians under Frederick the Great who had defeated the Austrians a week previously at the battle of Chotusitz. Broglie won a small, but politically important, victory which combined with Frederick’s success at Chotusitz disposed Maria Theresa to cede Silesia in the peace of Breslau on June 11, 1742.