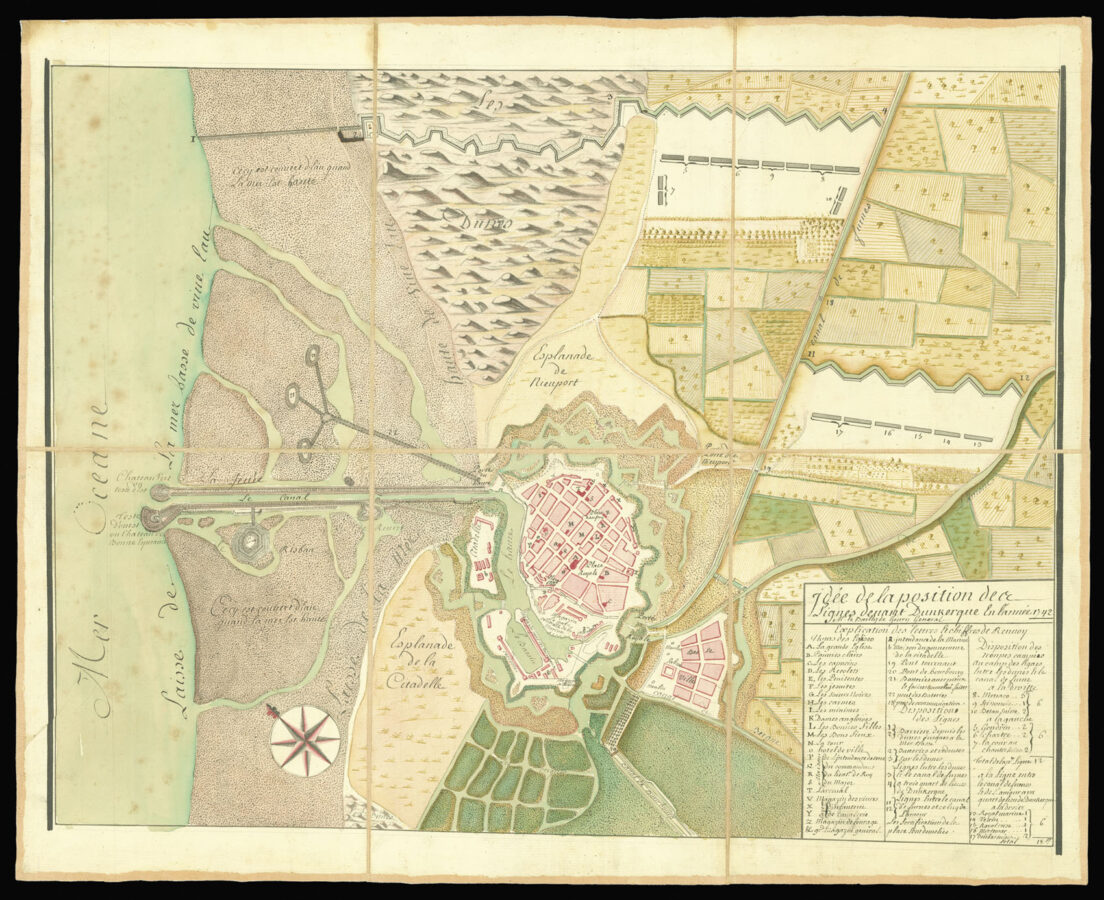 Plan of the French defensive lines near Dunkirk in 1742.

A key to the lower right gives information upon the buildings in Dunkirk, the defensive lines, and the composition of the French army.