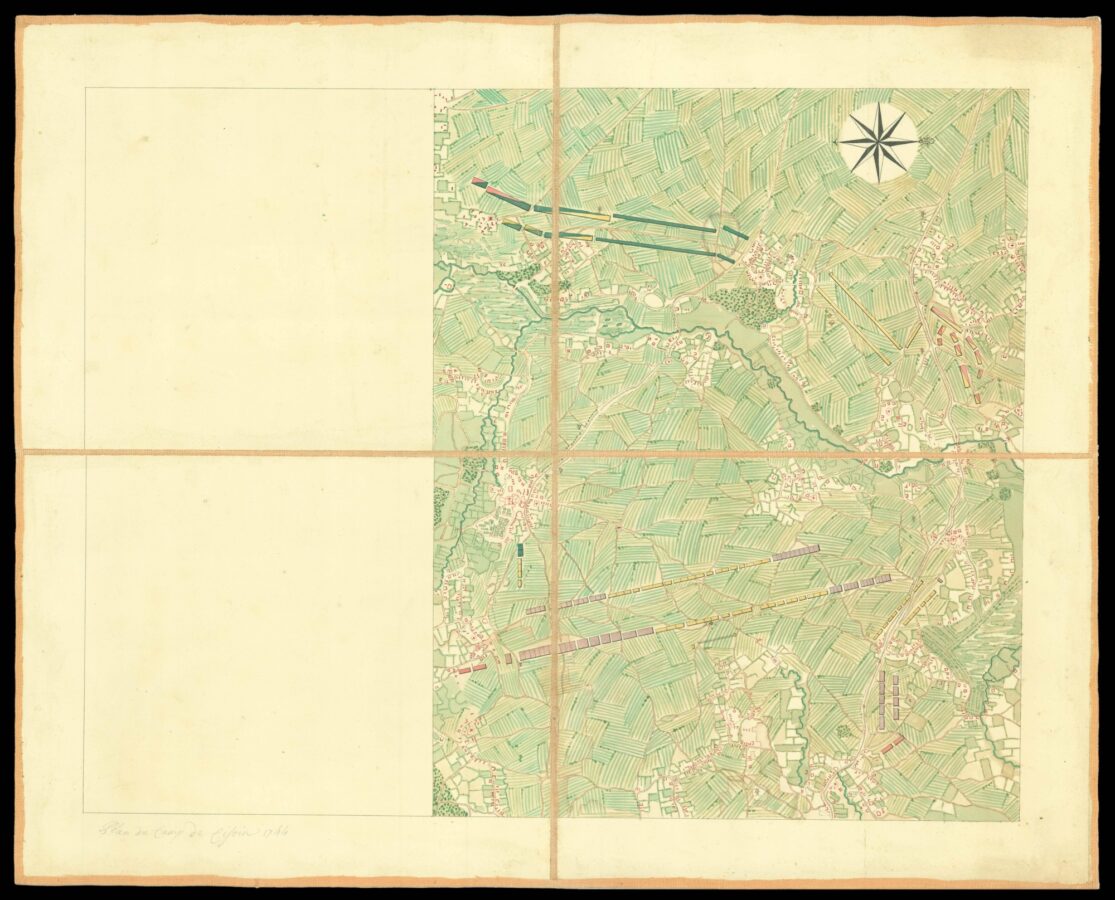 Rare manuscript plan of the French army camp near Cysoing, near Lille, in the year 1744.

Plan of the French army camp near Cysoing, near Lille, in the year 1744.