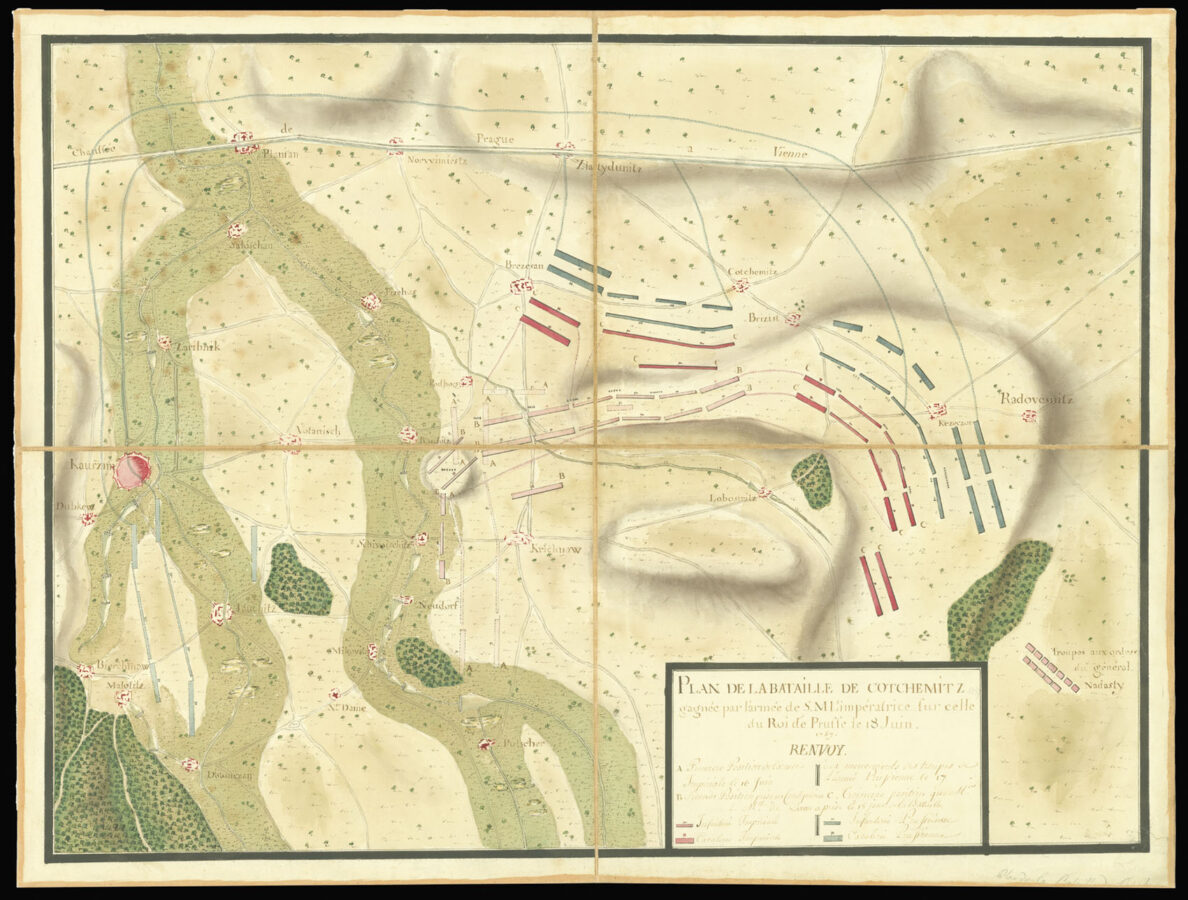 Rare manuscript plan of the battle of Kolin

Plan of the Battle of Kolin.

The plan shows the Prussian and Austrian lines of battle, with their infantry and cavalry.