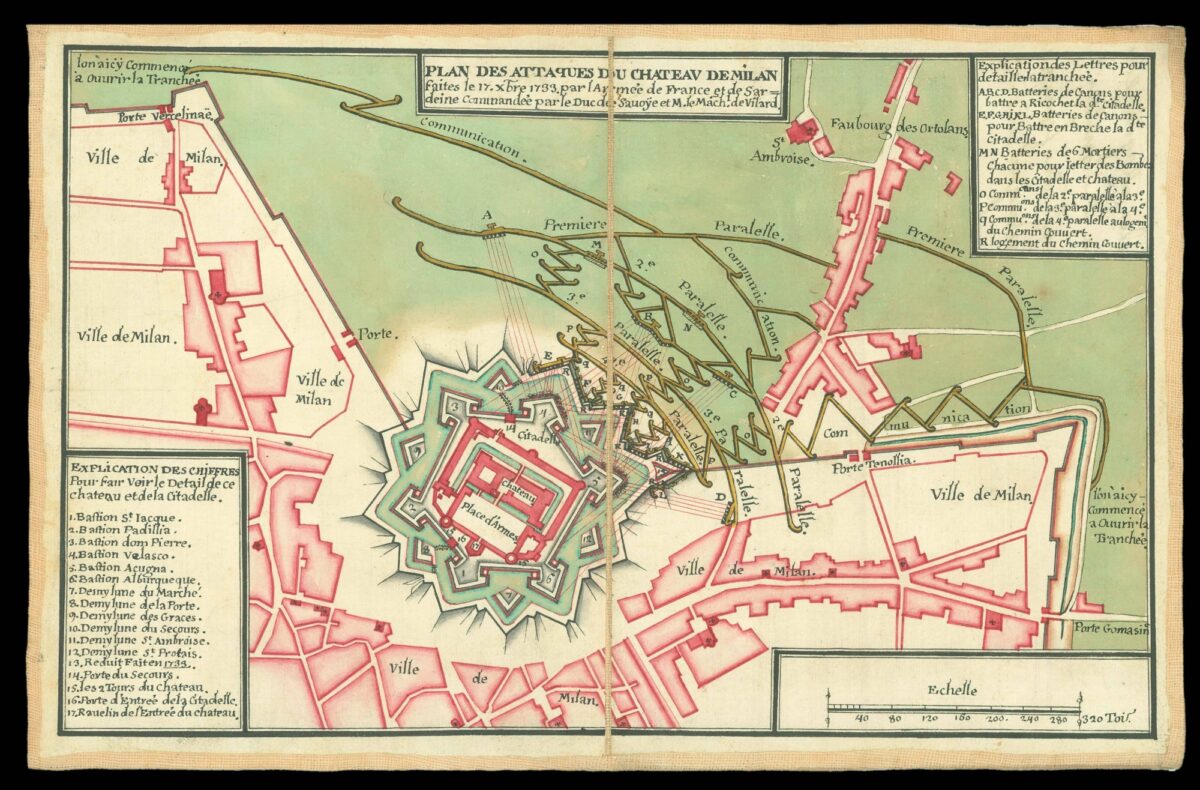 Rare manuscript plan of the 1733 siege of Milan

Plan of the attack upon Milan Castle by the combined French and Savoy army, on 17th December 1733, during the War of Polish Succession. The besieging amy’s trenches and batteries are labelled as are Milan’s defences.

Starting in October 1733, a combined Franco-Sardinian army, numbering over 40,000 and led by Charles Emmanuel, rapidly took control of Milanese territory without significant opposition from the roughly 12,000 Austrian troops defending the duchy. After the conquest of Tortona in February 1734, the fighting season slowed and the army camped for the winter.

The army was joined in November 1733 by the 81-year-old French Marshal de Villars. He and Charles Emmanuel disagreed on strategy, as the latter, distrustful of the French, wanted to secure Milan for himself, while Villars wanted to secure the southern ends of the passes through the Alps to prevent Austrian reinforcements from reaching Italy. Charles Emmanuel’s tactics including deliberately delaying military movements that were unfavorable to his aims. Frustrated by these tactics, Villars asked to be recalled in May 1734. En route to France, he fell ill, and died in Turin in June. The French troops in the army were then placed under the command of generals de Broglie and Coigny, who were made Marshal.

Late in June 1734, Charles Emmanuel returned to Turin, because his wife Polyxena of Hesse-Rotenburg was sick. He asked the French marshals to avoid engaging in offensive actions until he returned, although this was likely another delaying tactic on his part.