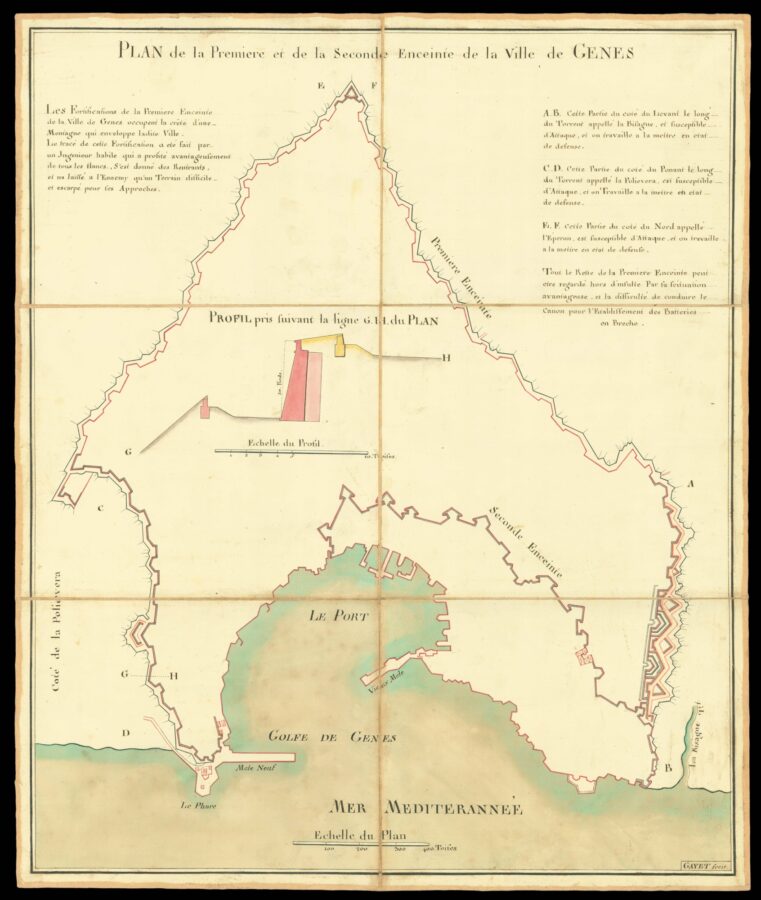 Deatailed plan of the Genoa’s fortifications during the siege of 1746.

The Siege of Genoa took place in 1746 during the War of the Austrian Succession when an Allied force of Austrians, Sardinians soldiers and British sailors besieged the capital of the Republic of Genoa. The city ultimately surrendered to commander Antoniotto Botta Adorno, after being abandoned by its principal allies France and Spain. The manner in which Austria had negotiated a separate surrender that didn’t include Britain or Sardinia angered their allies, and for a while the British fleet under George Townshend were instructed by Arthur Villettes to continue their blockade of the city in protest until ordered to cease it by the Duke of Newcastle in London.