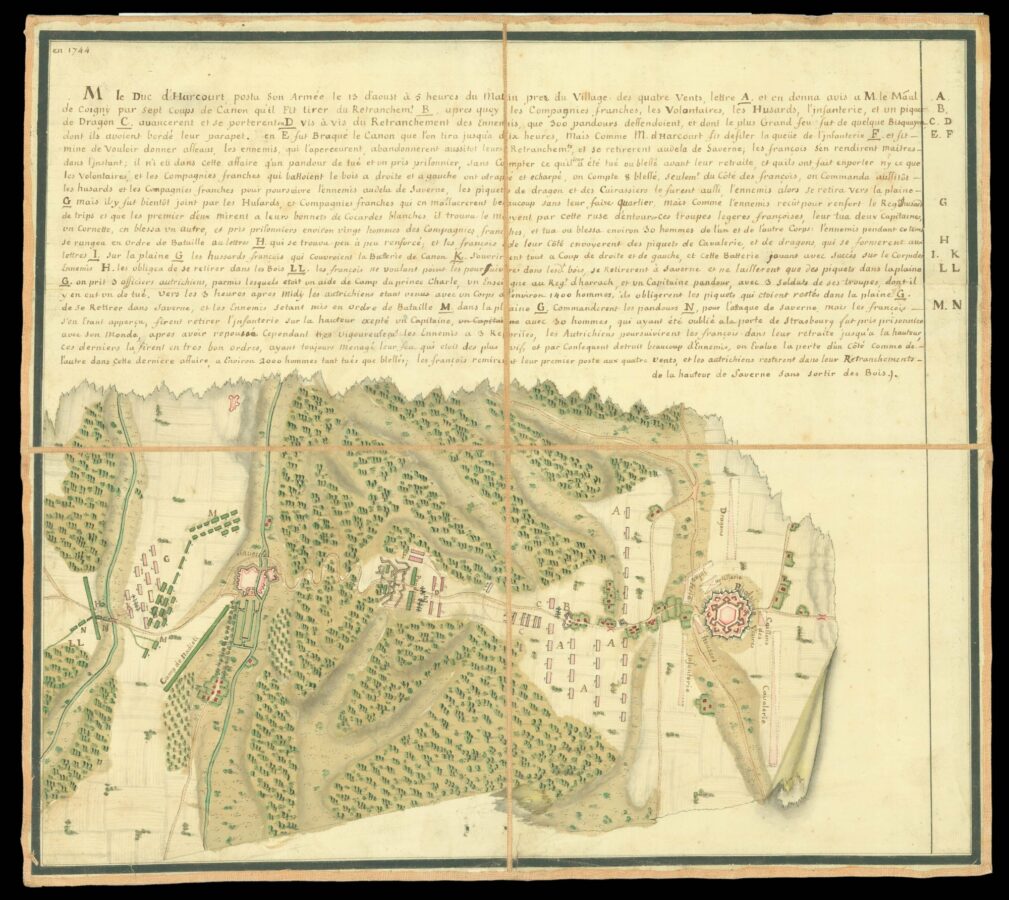 Rare manuscript plan of Battle of Saverne in 1744

Battle of Saverne in 1744, fought during the War of Austrian Succession.