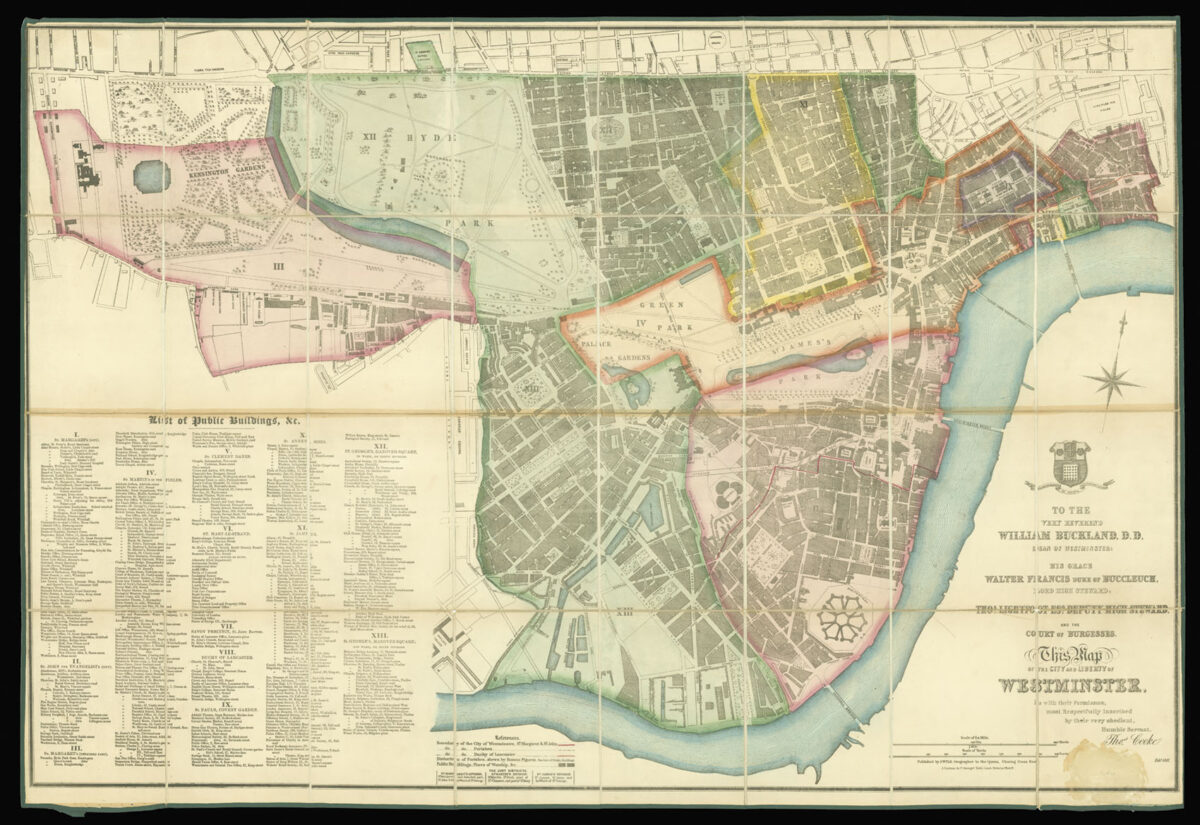 To the Very Reverend William Buckland, D.D. Dean of Westminster… This Map of the City and Liberty of Westminster Is with their Permission Most Respectfully Inscribed by their very obedient, Humble Servant Tho. Cooke.

A rare and detailed map of the City of Westminster. The plan stretches from Kensington Palace in the west to St Clements Danes Church in the east, and from Cavendish Square in the North to Vauxhall Bridge in the south. Each ward is marked in colour and by a Roman numeral. To the lower left is a extensive list of public buildings, statues, societies, clubs, and bridges, to be found in each ward.

The map is dedicated to among others, William Buckland the famous geologist and palaeontologist, who had been appointed Dean of Westminster by Sir Robert Peel in 1845.

Rare: we are only able to trace one institutional example of the present plan; in the British Library.