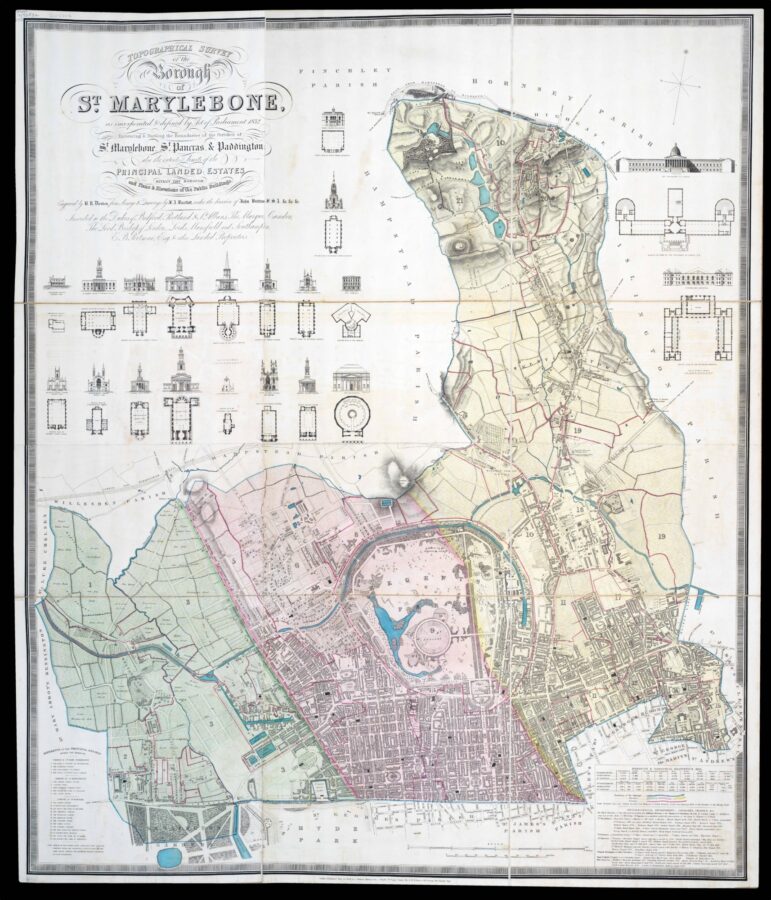 Topographical Survey of the Borough of St. Marylebone as incorporated & defined by Act of Parliament 1832. Embracing & Marking the Boundaries of the Parishes of St Marylebone, St Pancras, & Paddington: also the extents and limits of the Principal Landed Estates with the Borough: and Plans & Elevations of the Buildings. Engraved by B.R. Davies, from Surveys & Drawings by J.A. Bartlett under the direction of John Britton F.S.A &c. &c. &c. Inscribed to the Dukes of Bedford, Portland, & St. Ablans, The Marquis Camden, The Lord Bishop of London, Lords Mansfield and Southampton, E.B. Portman, Esq. & other Landed Proprietors.

The plan depicts the parliamentary constituency of Marylebone, which was brought into existence by the Great Reform Act of 1832; the constituency would last until 1885, when it was then split into eight new divisions.

Marylebone returned two members to Parliament in 1832: the Liberals, Viscount Portman — to whom the plan is dedicated, among others — and Sir William Horne. The commissioners had recommended that the part of St Pancras parishes north of the Regent’s Canal should not form part of the constituency and should remain in the parliamentary county of Middlesex as this was still a largely rural area — as can be seen upon the present plan. However, the inhabitants of St. Pancras petitioned parliament for the inclusion of the entire parish, and this was accepted.

Above the plan are 15 elevations and plans of churches, chapels, and municipal buildings; these include among others, Euston Station, All Souls Church Langham Place, University College London, the Foundling Hospital, the Diorama, and the Colosseum. The inclusion of these elevations and plans was the work of John Britton (1771–1857) who over saw the production of the plan, and was a leading antiquarian, and architectural historian. 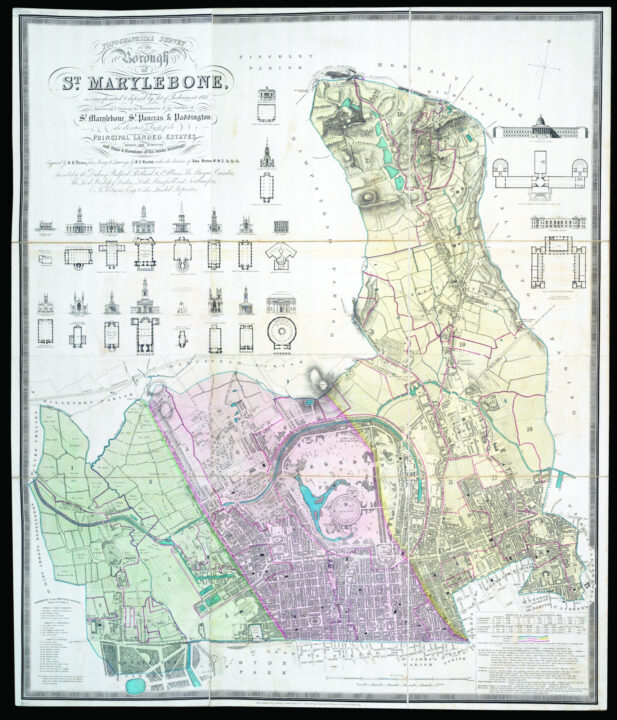