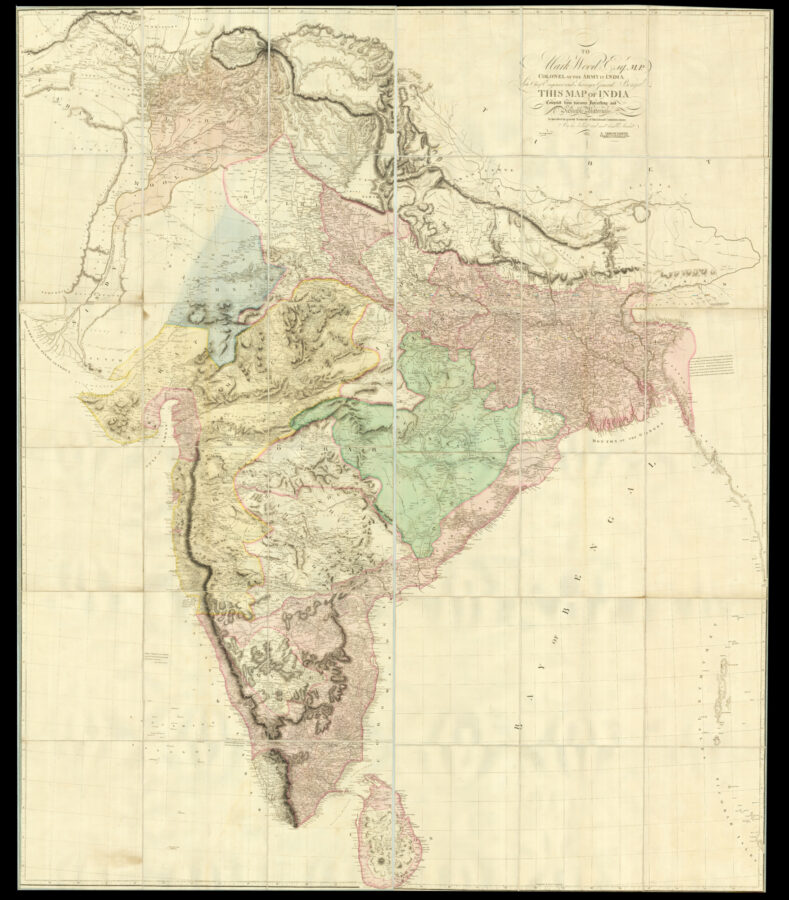 To Mark Wood Esq. M.P., Colonel of the Army in India, Late Chief Engineer and Surveyer General, of Bengal, This Map of India Compiled from various Interesting and Valuable Materials Is Inscribed in Grateful Testimony of His Liberal Communications By his obedient and most humble Servant A. Arrowsmith.

Originally published in six sheets, it shows the British Empire in India at the height of the expansionist era of Richard, Marquess Wellesley (1760–1842), governor-general of Bengal, who was, nonetheless, to leave the subcontinent in ignominy two years later.

Arrowsmith’s dedication of this map to Wood is probably more a reflection of the fact that Wood was in the public eye (he had recently published two successful works on India and the route to India), than a recognition of his work as a surveyor (which had ended over ten years earlier). Sir Mark Wood (1747- 1829) had returned to England in 1793 after a distinguished career in the East India Company, culminating with his appointment as surveyor-general in 1787 and chief engineer in Bengal in 1790.