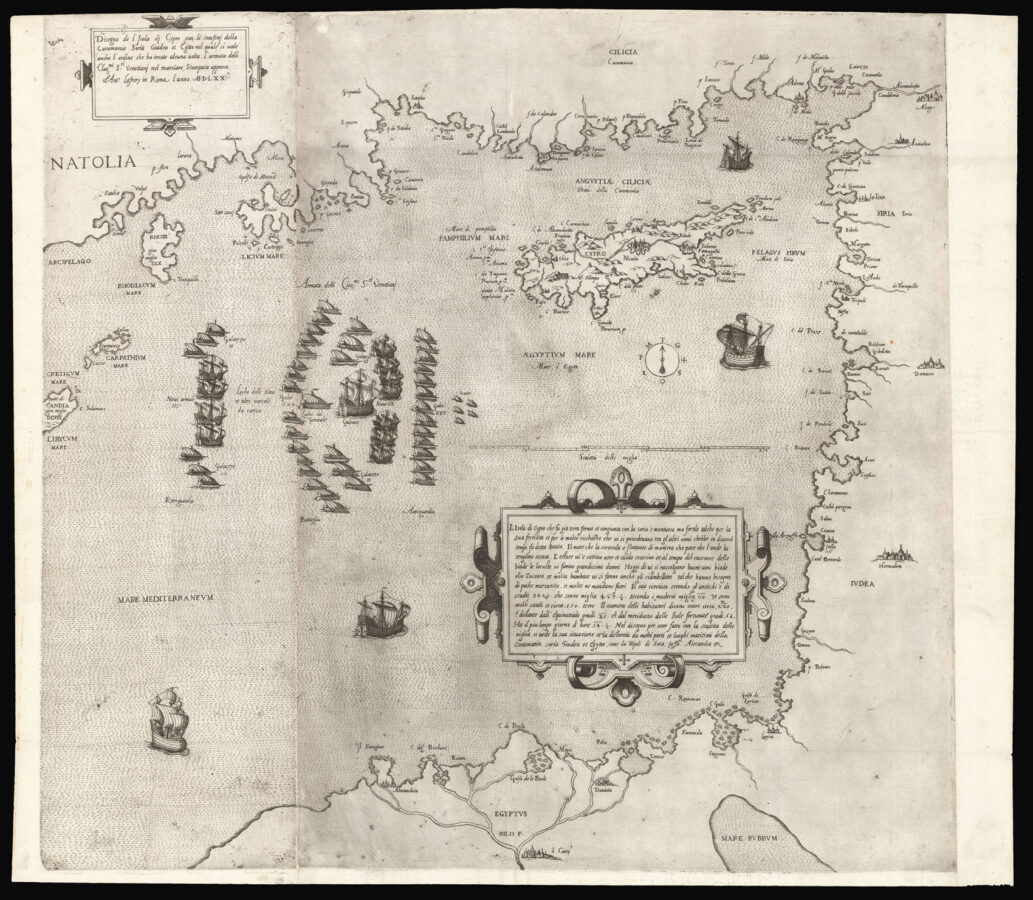 “This map was issued in Rome by the most prominent cartographic publisher of the sixteenth century, the engraver Antonio Lafreri (1512–1577), whose name is associated with the first atlases made up to order, known to modern scholars as the IATO editions (Italian Assembled To Order). The map illustrates the course of the Christian armada. According to Paolo Paruta, official historian of Venice, the Christian fleet had been trying to assemble and confront the Turks since April 1570. It comprised 181 galleys, of which 124 were Venetian under Girolamo Zane, 45 had been sent by the Spanish king under the Genovese Andrea Doria, and 12 by Pope Pius V under Marcantonio Colonna, who was appointed Commander-in-Chief. Most historians attribute the fleet’s late appearance in the eastern Mediterranean and its failure to attack the Ottomans to Doria’s ignominious attitude. On 18 September 1570 the full naval force managed to sail from the Cretan port of Candia towards Cyprus. By the time the map came out in Rome, Nicosia had already fallen to the Turks. The news reached the Christian armada on 22 September, when it arrived at Castellorizo. The next day Doria withdrew from the allied fleet, the Venetians decided to turn back and set sail for Crete. The map contains two cartouches: the caption is contained in the cartouche in the upper left hand corner, while a large central cartouche contains a long descriptive note on Cyprus.” (Navari)

Rare we are only able to trace four institutional examples: The British Library, Bibliotheque Nationale de France, The Sylvia Ioannou Foundation, and the Bank of Cyprus. 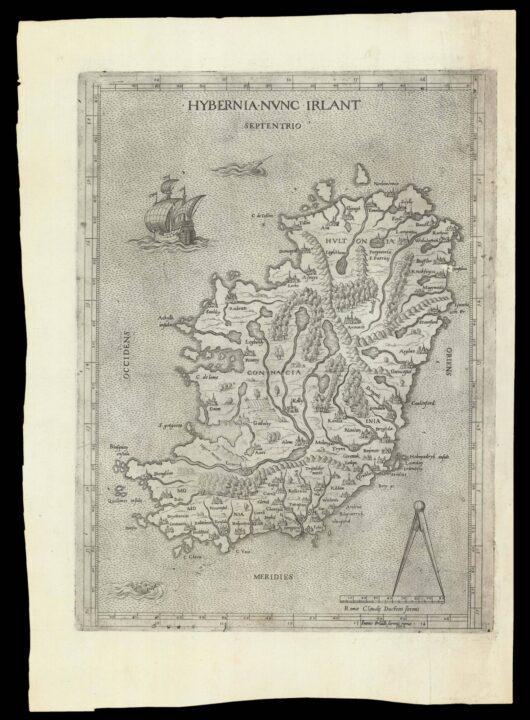