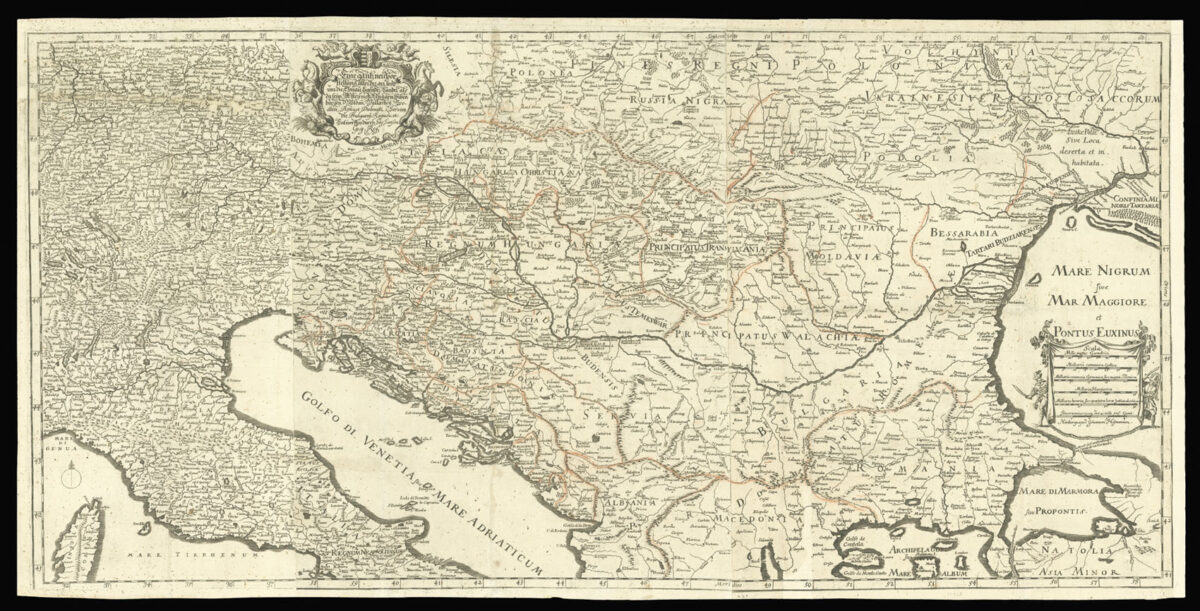 Rare Hoffman Imprint of Sanson’s map of the Balkans

Rare map of the Balkans bearing the imprint of Johann Hoffman.

The map is based upon Nicolas Sanson’s large two sheet map: ​‘Le Royaume de Hongrie et les Estats qui en ont este Sujets’. The map has been extended to the west to include Northern Italy and Central Europe.

Not much is known about Hoffman who was born in Frankenberg, Saxony, 17th March 1629, the son of Valentin Hoffman. He was often in trouble with the authorities in Nuremberg for various illegal activities including plagiarism. His earliest works were published in 1664; the latest accoring to Tooley appears to be 1689. He has no inhibitions about copying other cartographer’s work. 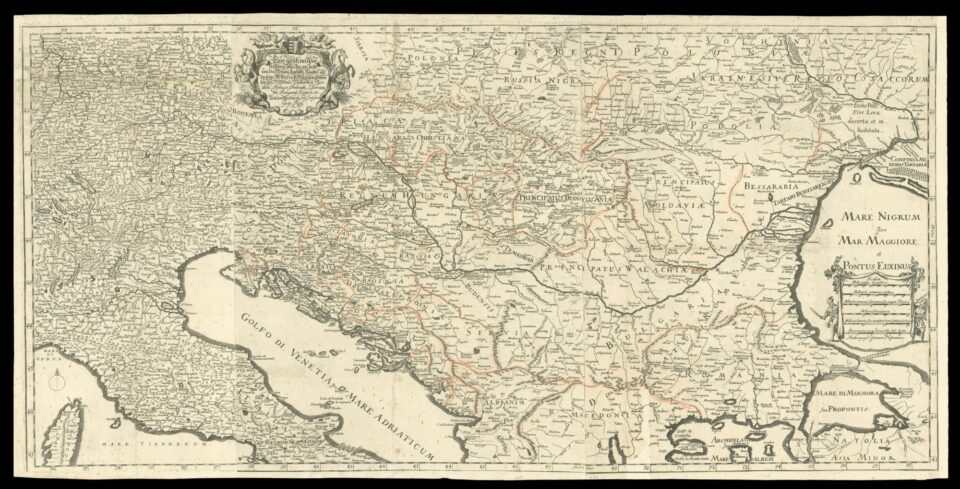