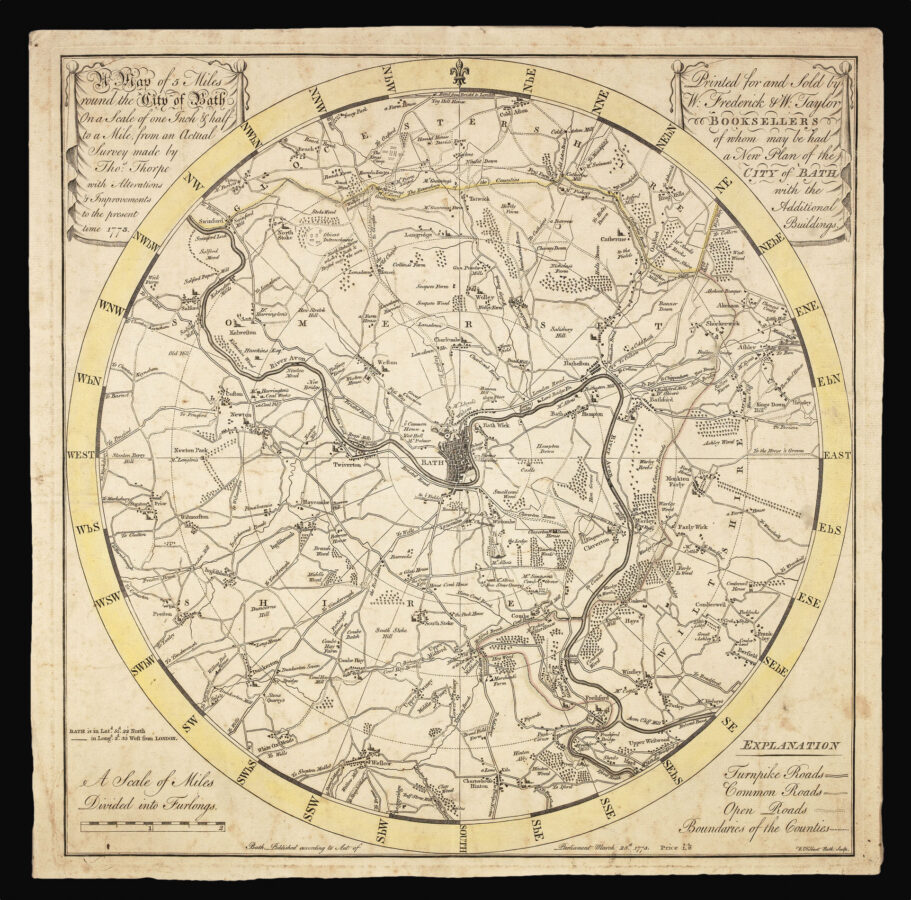 Rare Georgian map of the environs of Bath

[Somerset] A Map of 5 miles round the City of Bath On a scale of one Inch & half to a Mile, from an Actual Survey made by Tho: Thorpe with Alterations & Improvements to the present time 1773. Printed for and Sold by W. Frederick & W. Taylor Booksellers of whom may be had a New Plan of the City of Bath with the Additional Buildings.

An unusual map of Bath, set in a round frame in imitation of a compass.

Bath was a fashionable destination for the nobility and gentry of Georgian and Regency Britain. The town itself contained the Pump Room, where the spa waters were drunk, the Theatre Royal, and the Assembly Rooms, where balls were held. The countryside around it was a popular destination for day trips and riding. Although nominally a spa town, it was also an important part of the marriage market, and was less formal than London. The year before this map was published, the playwright Richard Sheridan helped the soprano Elizabeth Linley escape from an arranged marriage and elope to France.