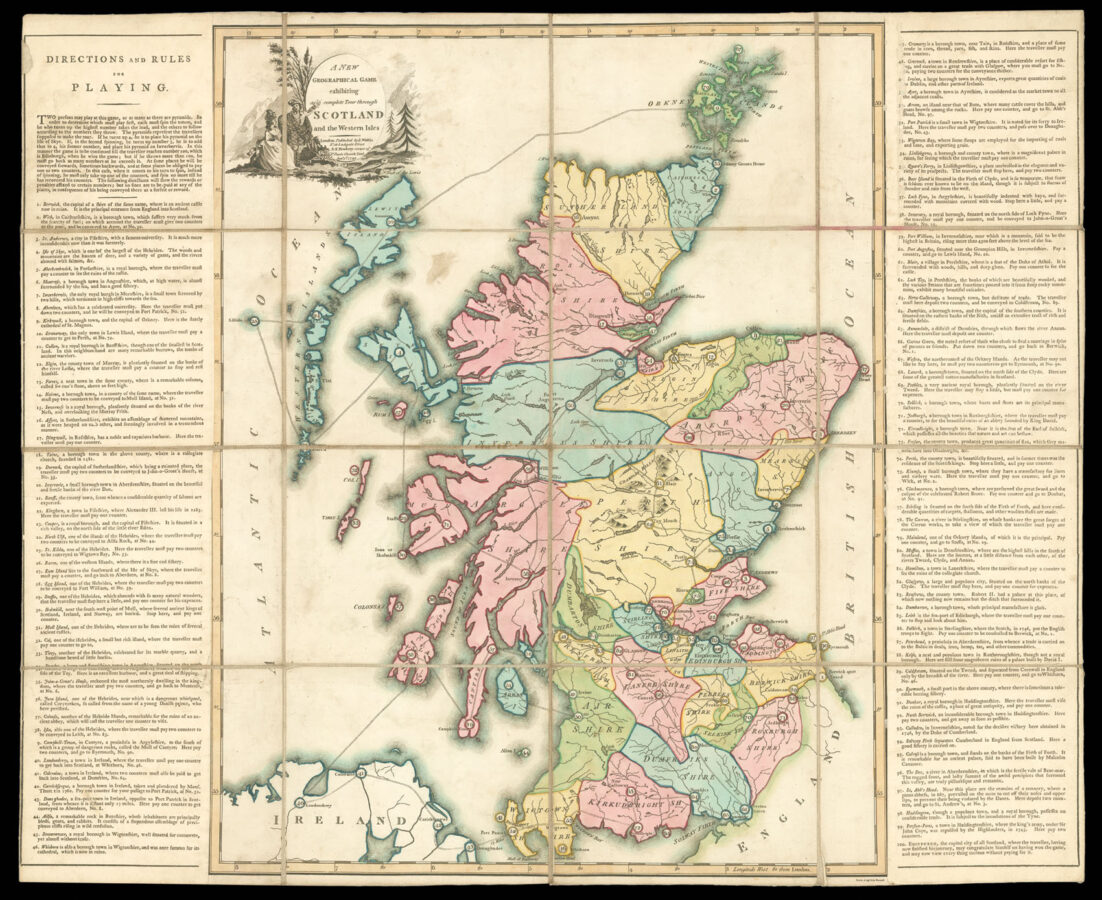 This scarce and beautiful instructional game was to be played as a lotto, each player moving around the finely detailed map.

The game begins at (No.1) Berwick ​“where is an ancient castle now in ruins. It is the principal entrance from England and Scotland”; and ends at (No.100) Edinburgh, ​“the capital city of all Scotland, where the traveller, having now finished his journey, may congratulate himself on having won the game, and may now view every thing curious without paying for it”. On the way the travellers could stop off at Aberdeen ​“which has a celebrated university”, or Glasgow ​“a large and populace city, situated on the north banks of the Clyde”.

John Wallis (d.1818) together with his son John Wallis Jr. and Edward Wallis was one of the most prolific publishers of board games of the late eighteenth and early nineteenth centuries.

Rare, we are only able to trace one institutional copy that in Newbery Library.