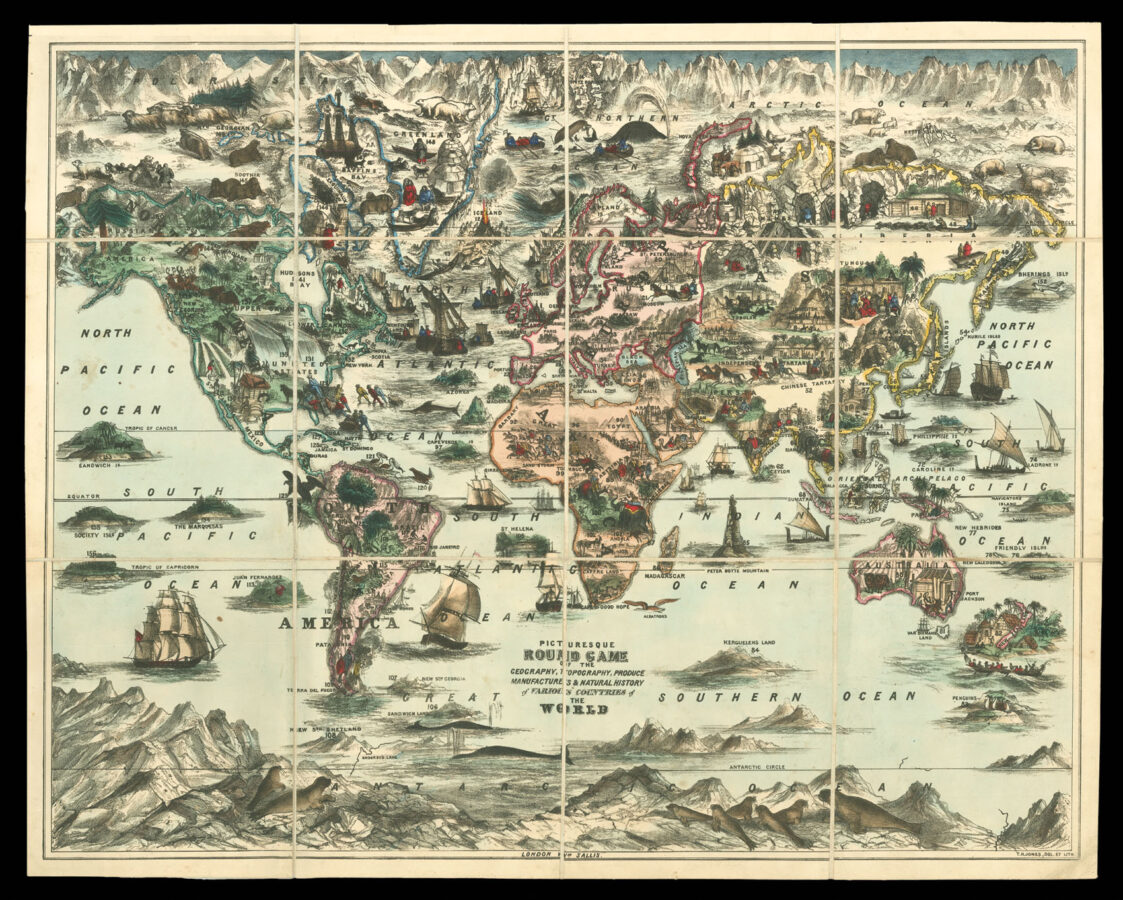 Rare game map of the world

Picturesque Round Game of the Geography, Topography, Produce, Manufactures and Natural History of various countries of the World.

The player begins the game in England, where all great journeys should begin. The accompanying booklet states that, ​“London, its capital, is the most extensive seat of commerce in the world”. From London the player travels through Europe, Asia, Africa and the Americas. He finally ends his journey at Raiatea, the largest of the Society Islands: from here, the player can ​“procure a passage in the first ship he can, and take his departure for his native place”.

As well as information about the various countries of the world, the booklet gives information on indigenous flora and flora: the vultures are said to be ​“the most useful animals in South America; there is a penalty of five pounds, if any one is known to kill them, they being found useful in those hot climates, in removing all dead animals and other garbage upon which they feed”; and the ideal requirements for ​“a good sledge dog” are given in Siberia as ​“not less than two feet seven inches in height, and near four feet in length. A team of them usually consists of twelve”.