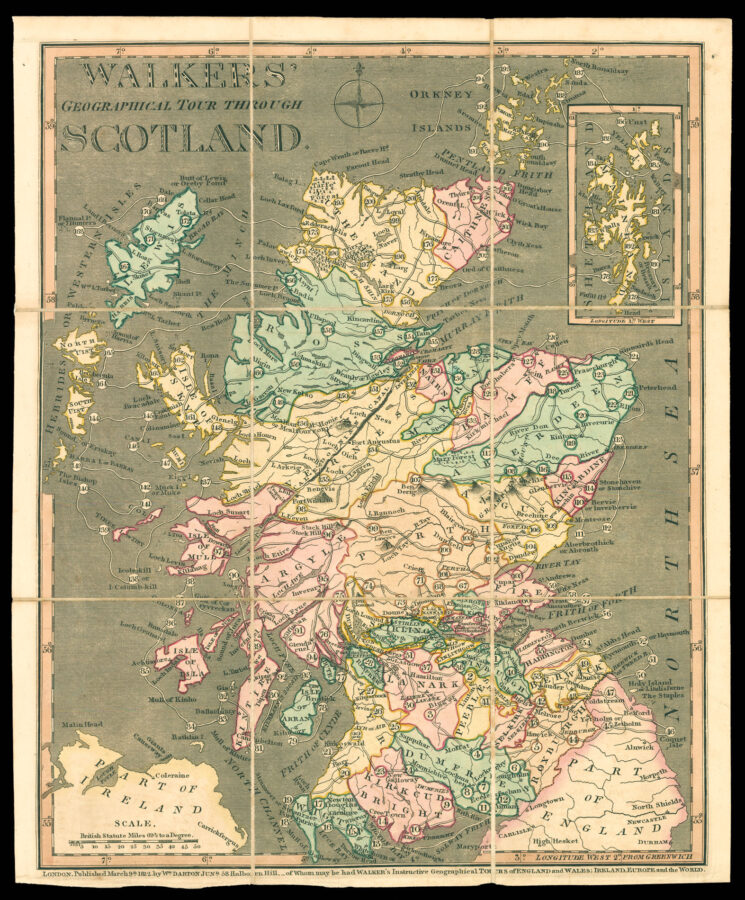 John Walker of Cockermouth (1759–1830) was a remarkable man — a physician, geographer and engraver — and began his career in Dublin, engraving plates for Thomas Walker’s ​“Hiberian Magazine”. He founded a school in the city in 1784. In 1795, he travelled to London to study medicine. His studies would take him to Paris and Leiden where he would graduate in 1799. He was able to finance his studies by the generosity of Anne Bowman, whom he married after rgaduating from Leiden in 1799. Upon his travels he met and befriended activists including Tom Paine and James Napper Tandy, and became involved in many radical causes. He saw service as an army medic during the Egyptian Campaign of the Napoleonic Wars, and later became a leading exponent and advocate of vaccination.

As well as the above he also championed education, and produced several geographical works for children, including ​‘Elements of Geography’, in 1788, and ​‘The Universal Gazetteer’, in 1795. In 1808, he would team up with William Darton Senior to publish, ​‘Walker’s Universal Atlas for the use of schools’, which would go through numerous editions. It was at this time that he began publishing, along with Darton, his geographical games, the first being a tour through England and Wales, in 1809. Walker would continue to publish geographical games with William Darton Junior for the next 20 years.

Rare we are only able to trace two institutional examples: the National Library of Scotland together with rule book; Princeton lacking rule book.