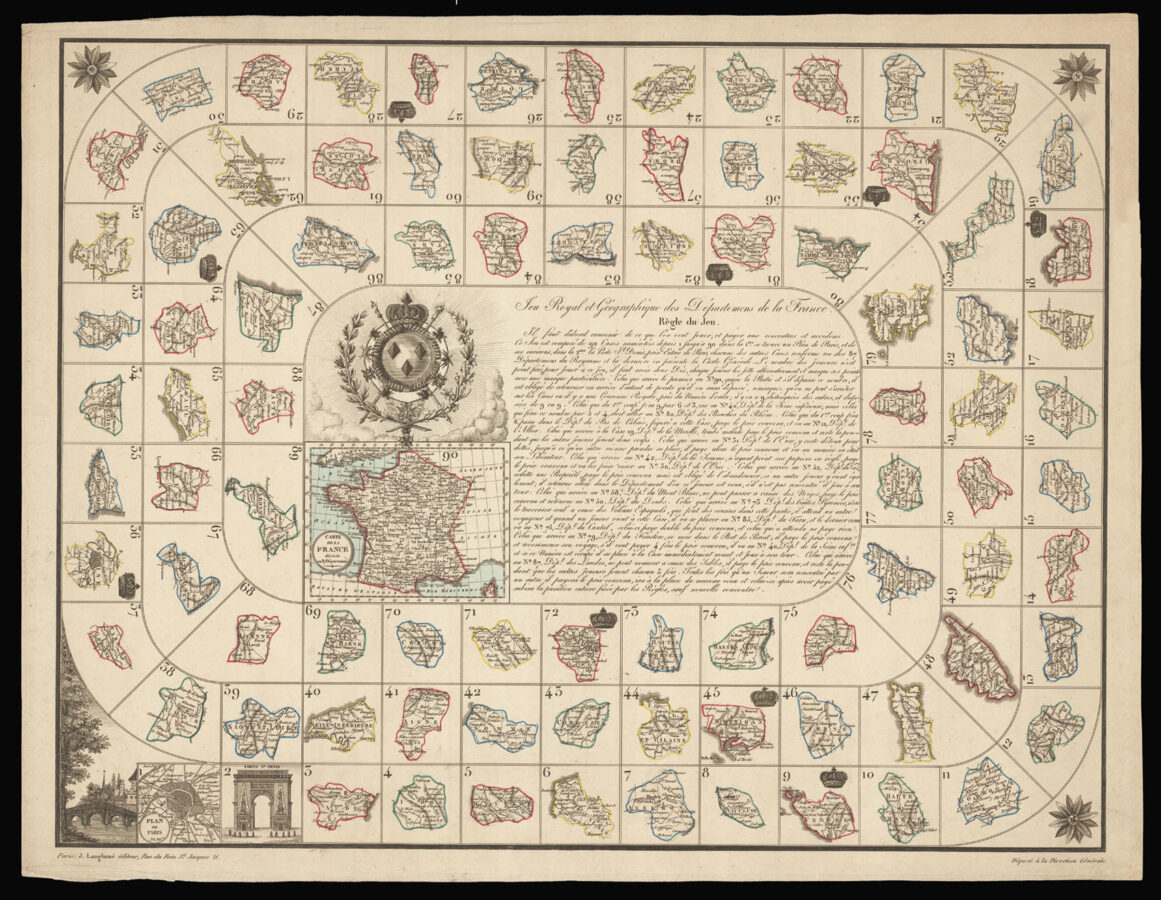 Rare board game of France.

The game consists of 90 squares, the first is occupied by a map of Paris , the second by the Porte St Denis, the 89 following boxes with maps of the 87 French départements, the last square by a map of France divided into its 87 departments. The game requires two dice, and the rules are printed in the middle. The aim is to get to square 90, containing a map of France. This is complicated by squares that trap players along the way, and require fines which are arranged by a gambling system off the board. For example, the first player to reach square 19 falls ill and has to pay a fine to recover,and everyone else gets two extra turns. The first player to square 31 is held there for debt, and the first player to square 42 pays a fine for having incorrect papers.

Although the game bears no date it can be dated to the first short reign of Louis XVIII, from 6th April 1814 to 20th March 1815. After the Sixth Coalition forced Napoleon Bonaparte out of power, they invited Louis, the brother of the deposed Louis XVI, to restore the Bourbon monarchy. The new regime is indicated both by the royal coat of arms above the map and also the rules of the game: whenever a player lands on a square containing a crown, they get another turn. The date is indicated through the inclusion of a map of the department of Mont Blanc (square 58), a département created in 1793 after the occupation of Savoy. The département was greatly diminished after the first Treaty of Paris in May 31, 1814, and was removed entirely in 1815 after the defeat of Napoleon, when the region was returned to the Sardinian States.

Rare; we are only able to trace one institutional example in the BNF.