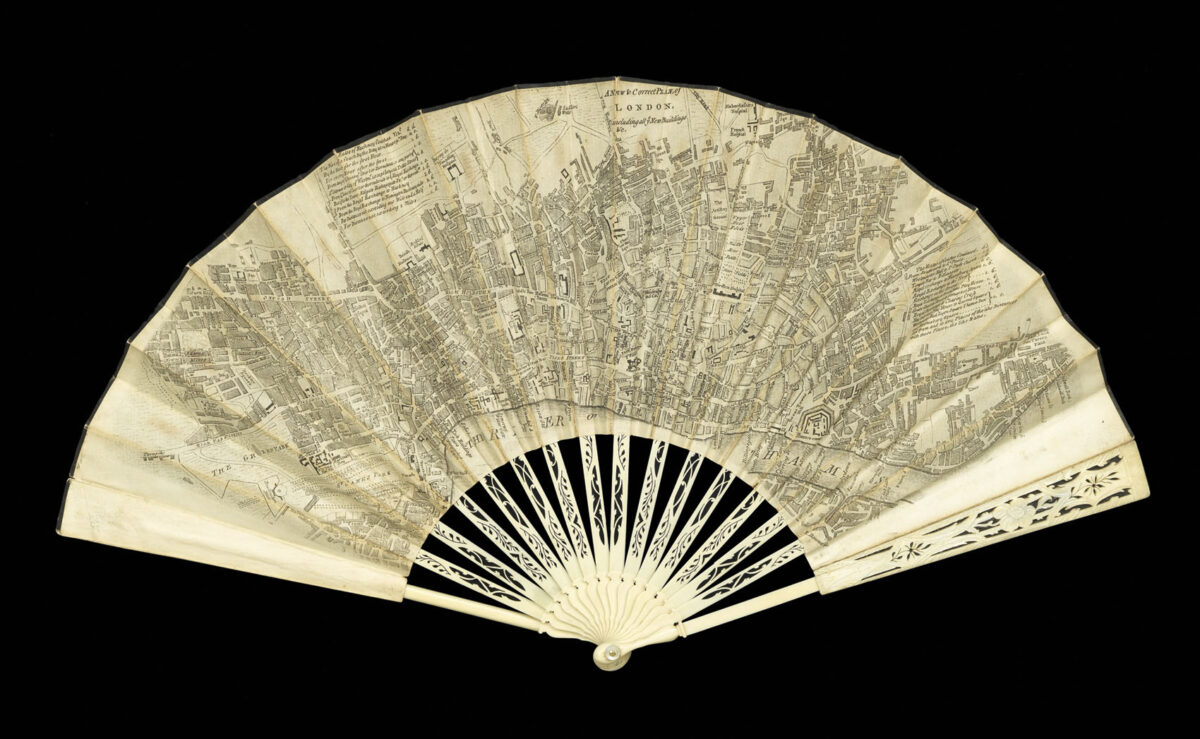 A New & Correct Plan of London, including all ye New Buildings &c.

A very rare map. The verso of the fan is stamped ​“Clarke & Co. No. 26, Strand, invent.” Clarke was the inventor of a ​“new patent sliding fan”.