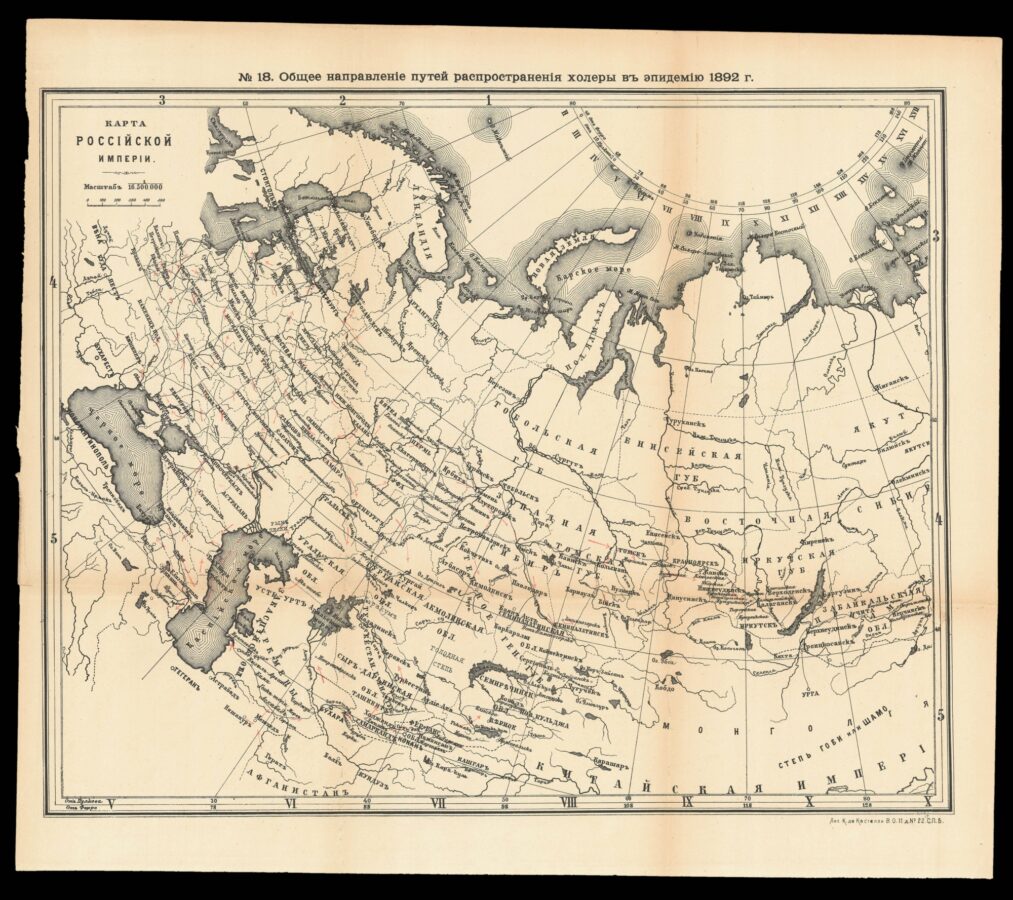 [Russian Map of the Spread of Cholera].

This extremely rare map depicts the spread of the Russian Cholera Epidemic of 1892, which officially claimed 267,800 lives. The map is one of only a handful of Cholera maps to have been printed entirely in Russian Cyrillic, and was lithographed in St. Petersburg not long after the outbreak by C. de Castelli.

The map embraces the western two-thirds of the Russian Empire, extending eastward just past Lake Baikal. The Russian Cholera Epidemic of 1892 was part of the Fifth International Cholera Pandemic (1881–96), and as shown here by a series of red arrows, the epidemic first entered Russian territory from Persia. From there it travelled across the Caspian Sea, through the Caucuses and then up north-westwards across the Steppes to infect Kiev, Moscow, St. Petersburg and Warsaw. Next, the epidemic wheeled eastwards, travelling across Siberia, almost as far as Irkutsk.

Russia was especially vulnerable to Cholera due to the great poverty and low hygienic standards of many of its rural areas and urban slums. Moreover, the Tsarist regime’s implementation of health standards and medical systems was irregular and often not well coordinated. Russia had also suffered greatly during both the Third (1852–60) and Fourth (1863–75) International Cholera Pandemics.

The horrendous catastrophe motivated the Russian authorities to call a Cholera Conference, held in St. Petersburg in December 1892, during which new medical regimes were agreed. Nevertheless, the epidemic in Russia continued into 1893, killing a further 30,000 people.

Cholera maps printed in Russian Cyrillic are extraordinary, and the present work is extremely rare – we cannot trace even a reference to the map, let alone the location of another example. It was evidently extracted from an unidentified book or portfolio that featured a series of other like epidemiological maps (of which the present map is No. 18). The only other map from this series we have been able to trace is a map of the Russian Influenza Epidemic of October 1889 to March 1890, in the Collection of the Library of Congress. 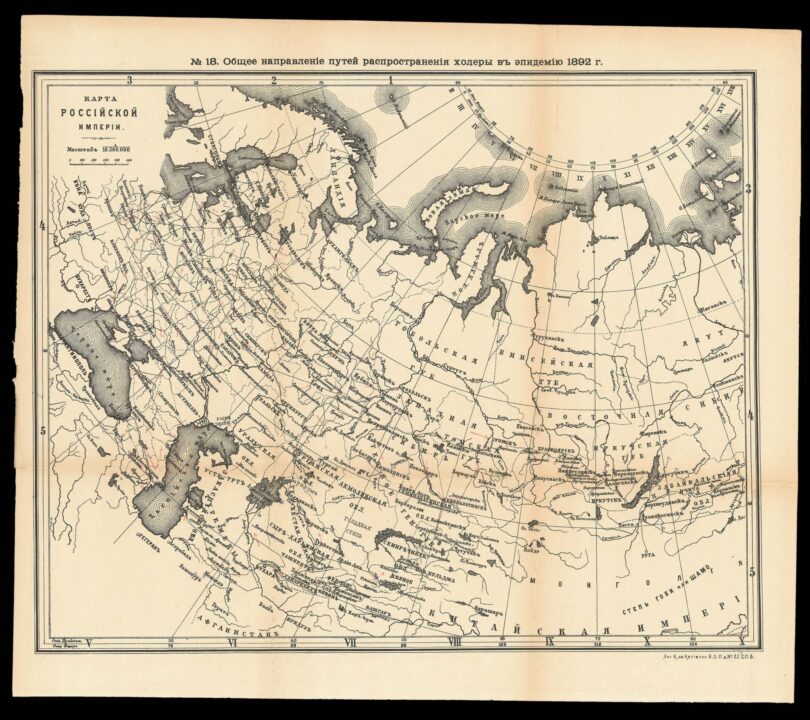