The map’s geological information is based upon Roderick Impey Murchison’s map of the 1843. However, the present maps innovation is in representing elevation above sea level with the use of embossing. In order to ascertain the approximate heights above sea level, a ​“Vertical Scale” key, has been added below the list of English and Welsh counties. The key depicts cross sections of mountain ranges from under 700 feet to between 2800–3500 feet above sea level.

Dobbs & Co was founded by H Dobbs in 1803 and had, by the middle of the nineteenth century, become one of the leading manufacturers of embossed, ornamental and illustrated cards, writing paper envelopes and valentines. Later the company became known as Dobbs, Bailey and Co. and Dobbs, Kidd and Co.

We are only able to trace one institutional example of the map, that in the British Library. 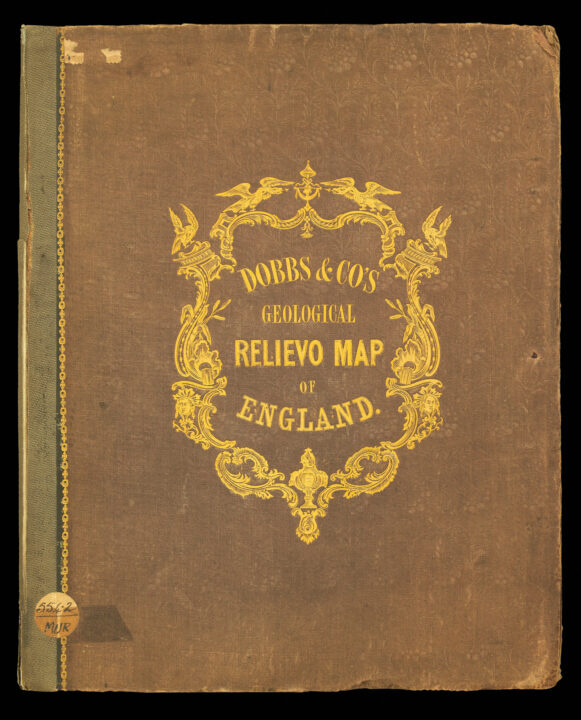