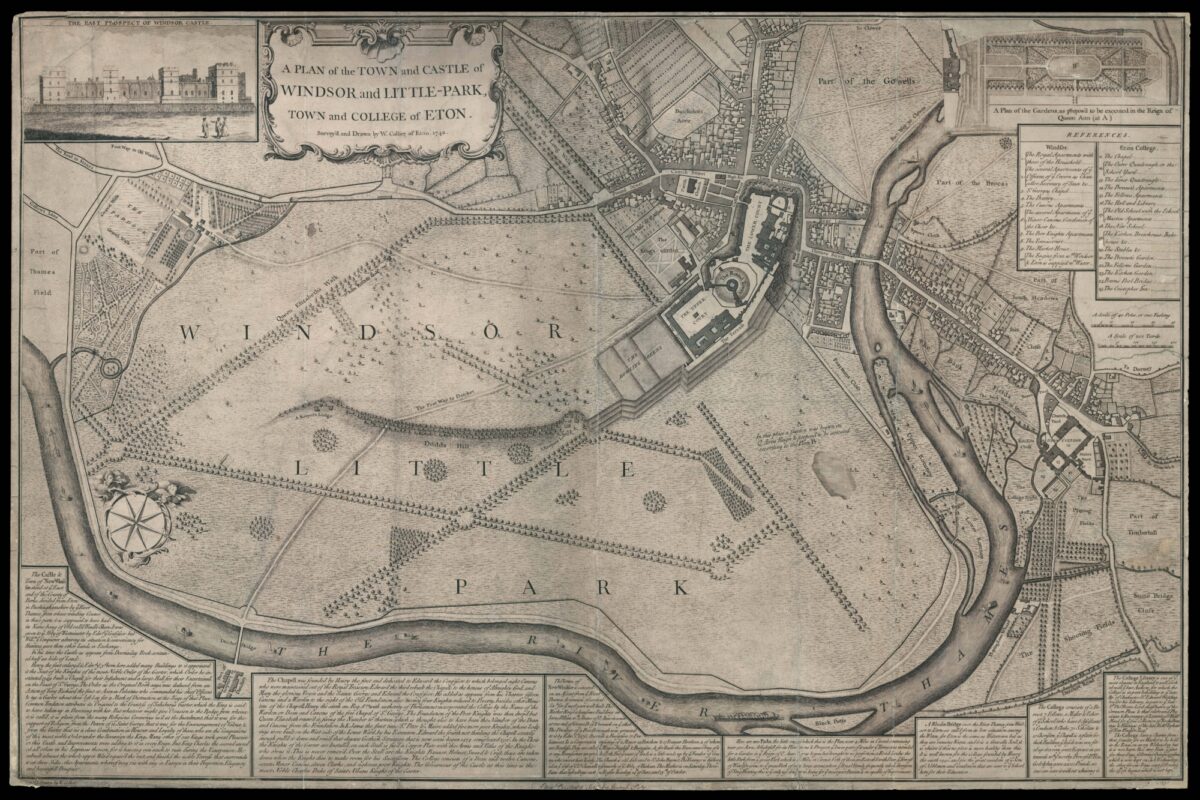 The first state of a rare and charming map of Windsor showing Eton College. Although neglected by the early Hanoverian monarchs, Windsor Castle had become a popular tourist attraction by the early 1740s, thanks both to the castle’s collection of curiosities and the care taken of Windsor Great Park by the Duke of Cumberland. There is an inset at the upper left corner showing the east prospect of the castle, before George III began a programme of renovation when he took the throne. The inset at the upper right shows the garden designed by Henry Wise during the reign of Anne, the last Stuart monarch. A note on the map itself explains that the design was never executed, but plans have been made to do so. The key to the right shows the principal architectural features of the school and the castle.

The engraver, John Pine (1690–1756) was an important figure in eighteenth century British art. He was a friend and collaborator of Willam Hogarth; he engraved John Rocque’s monumental map of London; and, with Hogarth and George Virtue, he managed to secure early legislation for artists’ copyrights. The map is dedicated to Charles Spencer, 3rd Duke of Marlborough; the cartouche is decorated with his arms. Marlborough was educated at Eton, and had recently distinguished himself in the War of the Austrian Succession.