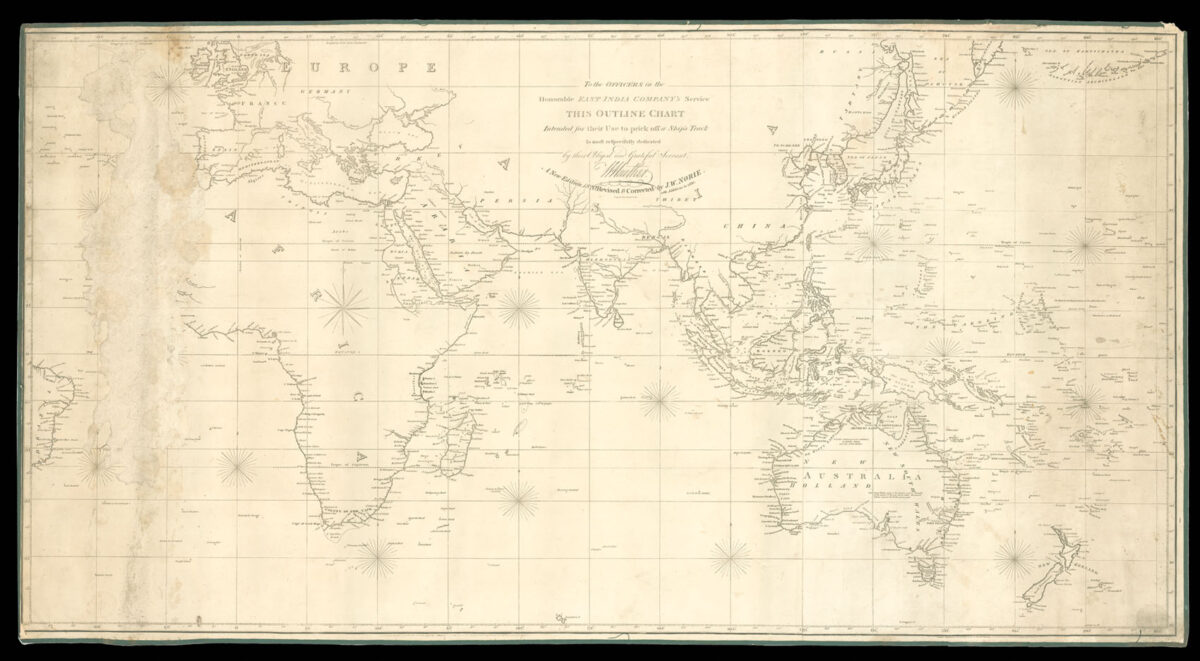 To the Officers in the Honourable East India Company’s Service This Outline Chart Intended for their Use to Prick Off a Ship’s Track Is most respectfully dedicated by their Obliged and Grateful Servant, W. Heather. A New Edition, 1820, Revised & Corrected by J.W. Norie. with Additions to 1830.

Rare chart of the world published for use aboard East India Company ships, in order to mark a ships track.