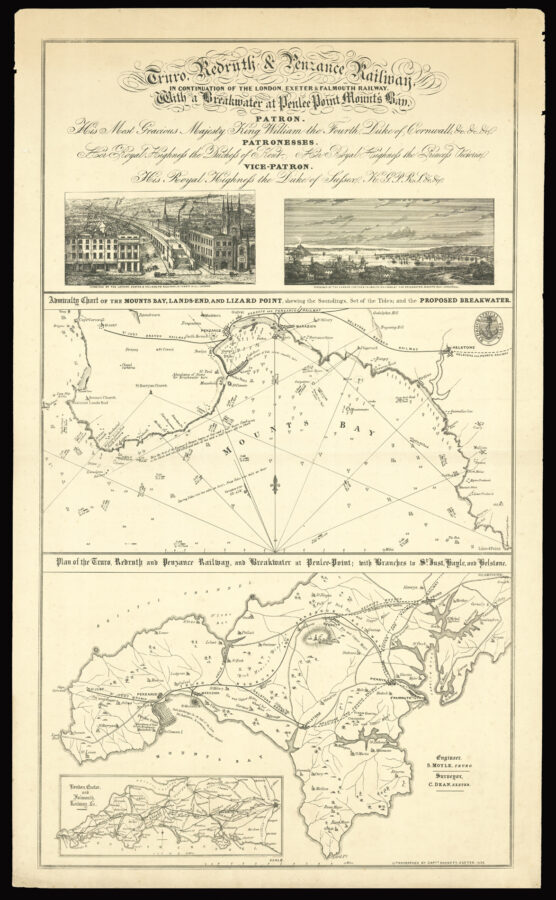 Rare promotional broadsheet for the Truro, Redruth and Penzance Railway, to be constructed as an extension of the mainline railway from London to Exeter and Falmouth, extending the network into Cornwall.

This is a particularly attractive sheet, divided into two sections, with the uppermost a chart of Mount’s Bay, showing the combined benefits of the breakwater and railway for Penzance’s prosperity; the lower shows the route of the railway. There are two finely observed vignette views: of the railways’ terminus in London at Snow Hill (Holborn) and Mount’s Bay. The plan was part of the papers prepared by the railway company to submit to Parliament to secure the requisite Act;
the map is mentioned in the ​‘West Briton’ newspaper for 9th December, 1836, as deposited with the clerks of the peace, with the comment that the weather in the region had been so bad, it was remarkable that the surveyors had managed to complete the survey in a timely fashion.