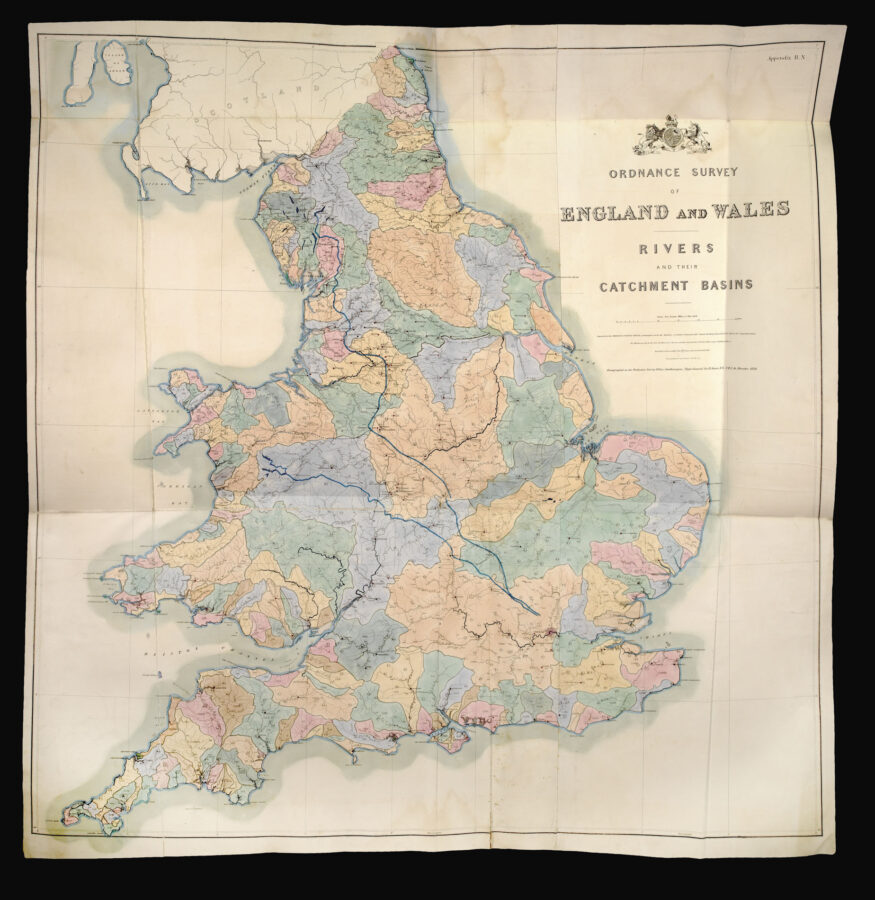 By ROYAL COMMISSOIN ON WATER SUPPLY, 1870

The Royal Commission on Water Supply.

The present work contains maps and diagrams relating to the the Royal Commission on Water Supply of 1867–69. The first two maps, and a geological section cover the Thames Basin. These are followed by a geological map of the Lake District of Cumberland and Westmorland; a map of Cumberland and Westmorland reservoir scheme proposed by Messrs Hemans and Hassard in the Lake District; a map of the River Severn and North Wales outlining Mr Bateman’s proposal; a table of river lengths and their catchment basins; and a map of England and Wales showing their catchment basins.

The Royal Commission on Water Supply to the Metropolis and Large Towns (1867–69) was set up in order to meet the growing needs of a fresh water supply to both London and other major cities. The present plans concentrate on the Metropolis and the on particular two proposed plans, one by a Mr Bateman, and the other by Messrs. Hemans and Hassard.

John Frederick Bateman (1810–1889), one of the leading civil engineers of the Victorian age, had previously designed water supply systems and reservoirs for both Manchester, and Glasgow. In 1865, he wrote a pamphlet, On the Supply of Water to London from the Sources of the River Severn, a scheme which he designed and surveyed at his own expense, setting himself back the considerable sum of £5,000. The publication of the pamphlet was catalyst for the forming of the Royal Commission. The Commission not only looked at Bateman’s proposal but also three others including Hemans and Hassard, who proposed that water be drawn from the lakes of Westmorland and Cumberland. All four proposals were rejected by the commission principally on grounds of cost and security of supply:

​“This great city, which now derives its water-supply from several distinct sources, would then become dependent on an aqueduct 180 miles long. [Bateman’s scheme] A single rat, it is said, might submerge the kingdom of Holland; and in like manner, to say nothing of open enemies in case of an invasion, a single mischievous or malicious person might inflict most serious damage on the people of London”.

The Commission finally came to the conclusion that the best and readiest source of water was to be drawn from the Thames Basin, and that as long as suitable purification methods were put in place, the current water companies could adequately supply sufficient water to the capital.

All maps and plates in the present work are rare, and would appear to have been printed in small numbers for the sole purpose of illustrating the various proposals put before the Commission. 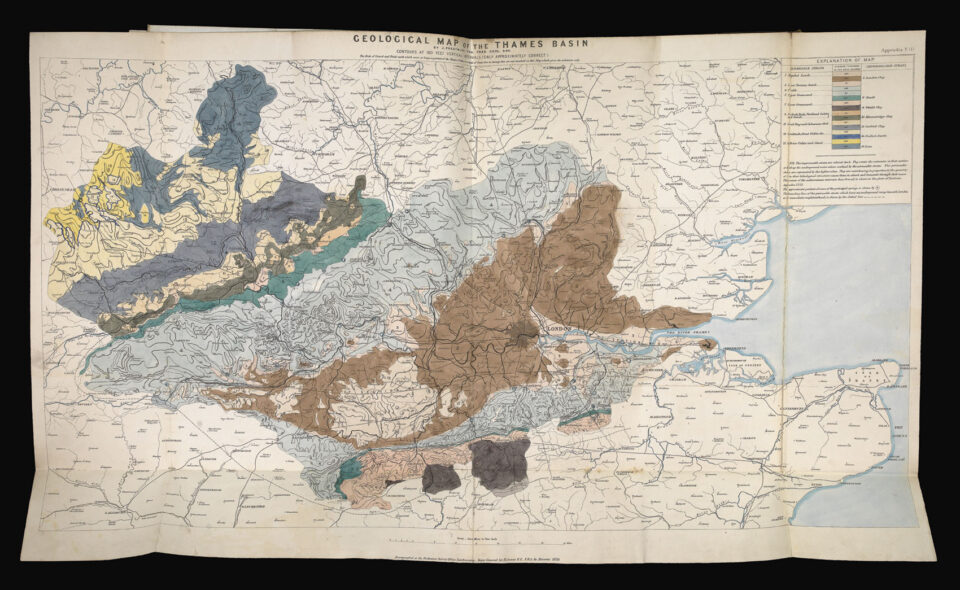 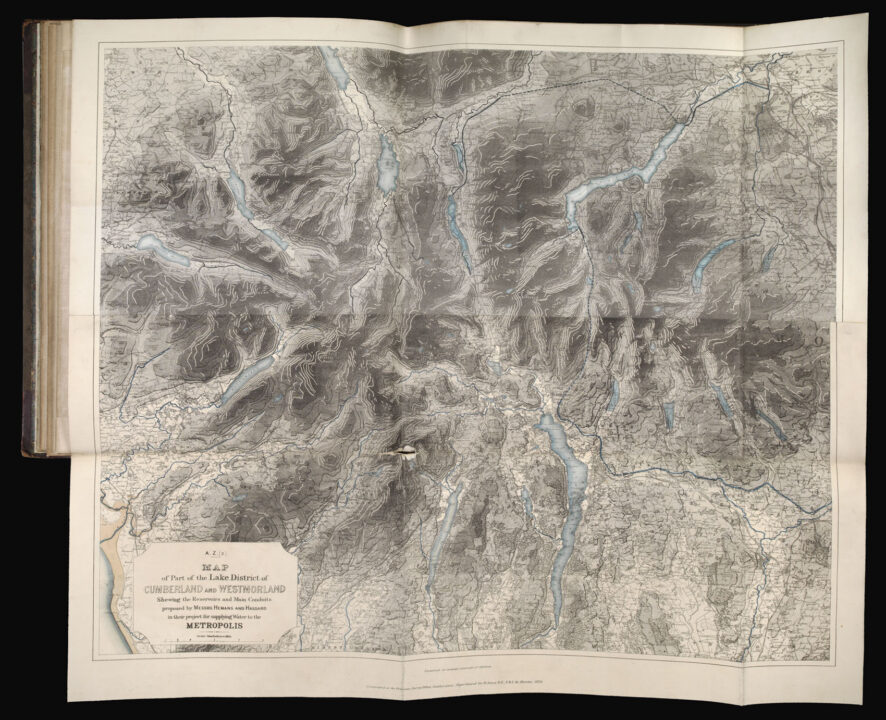