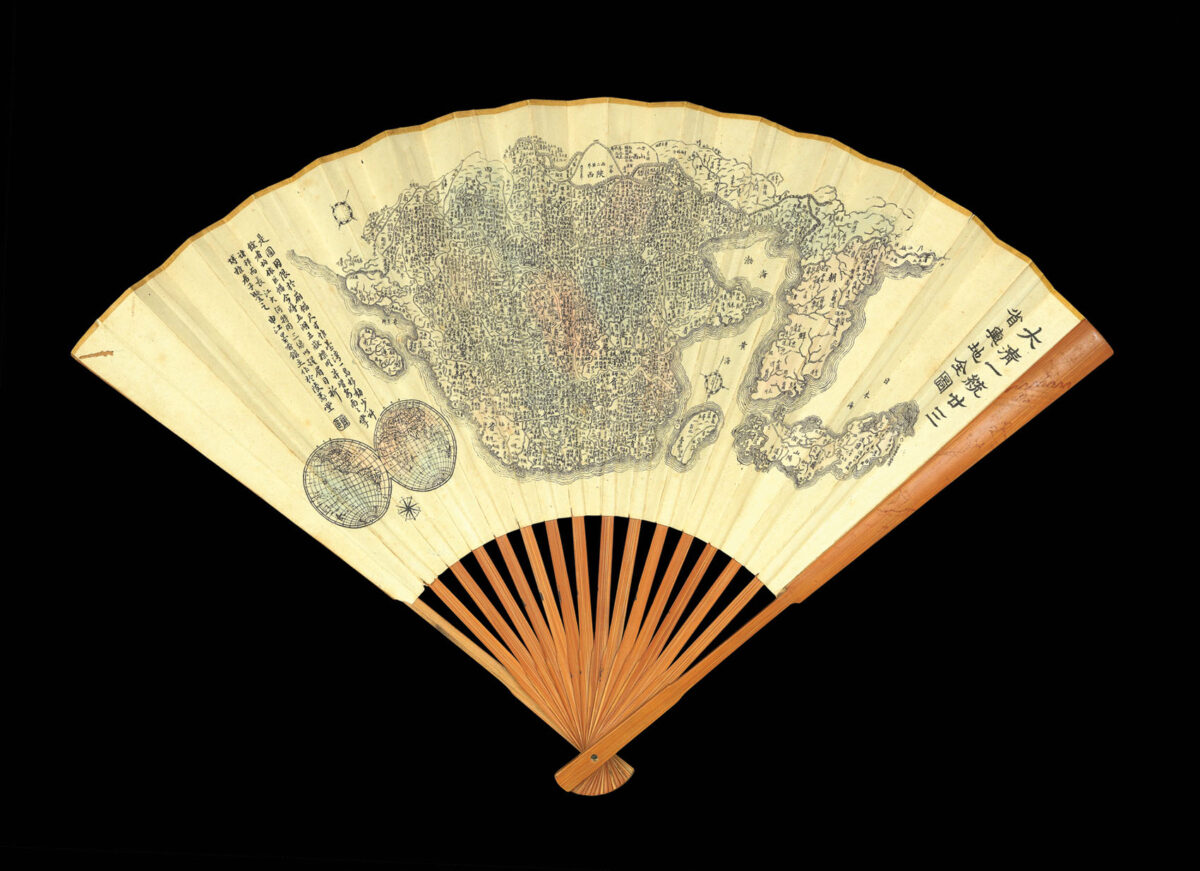 To the recto of the fan is a detailed Chinese map of the Qing Empire. To the south is depicted the Island of Hainan, together with an inset map of the world. The Great Wall is shown snaking across China’s north western provinces. To the east is Taiwan, the Korean peninsula and Japan. The text to the verso gives details on distances between towns, together with a list of the provinces, each highlighted in red, with information regarding their major towns and cities. 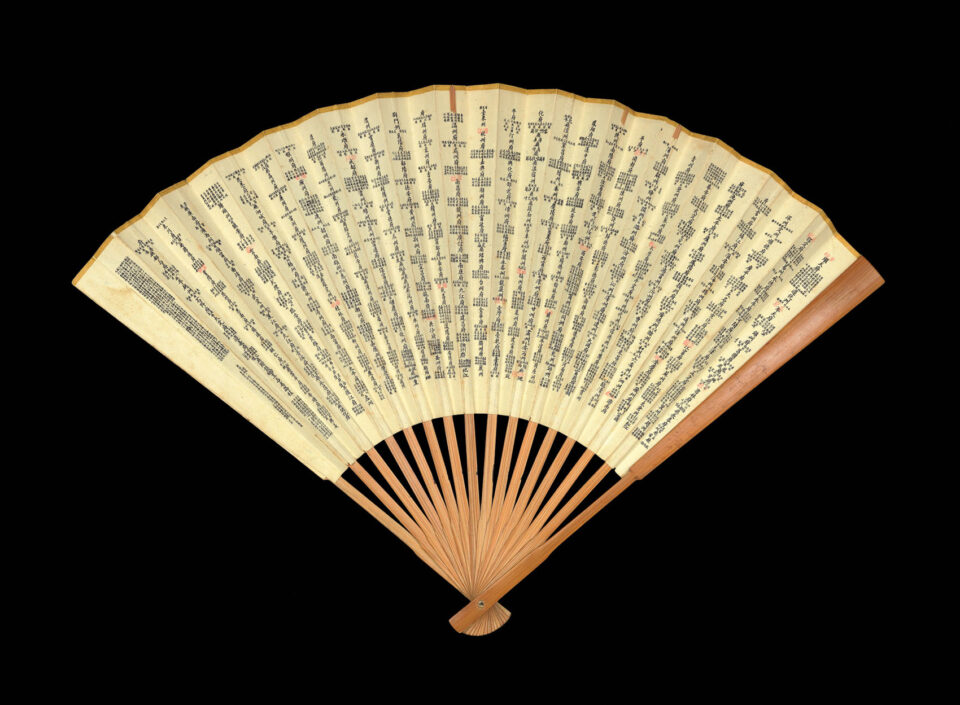