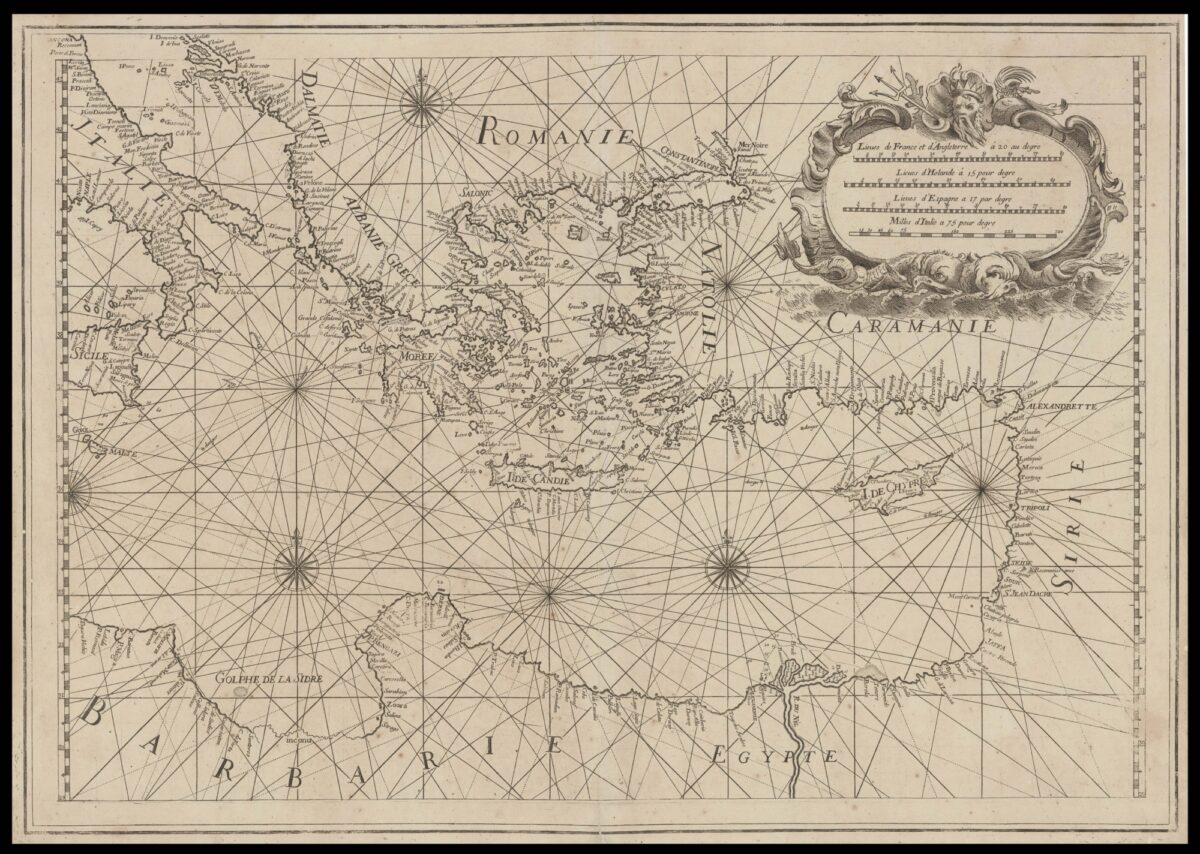 To the upper right of the chart is a elaborate title cartouche with Neptune riding two white horses together with other personifications of the sea. Above is the coat-of-arms of Jean-Frédéric Phélypeaux, Count of Maurepas, head of the French navy and, to whom the chart is dedicated. Below the title are French, Dutch, Spanish, and Italian scale bars. The scale bars are depicted in the second (Eastern half) sheet within an elaborate cartouche.

Little is know of François Olivier (fl.1746–1782), however, he must have been a fine seaman as he present chart gives him the title of Vice-Admiral of the Toulon region (“Vice-Amiral au Departement de Toulon”). By the middle of the eighteenth century Toulon had become one of France’s most important naval bases, from where she opperated her large Mediterranean fleet.

Rare. We are only able to trace three institutional examples: in the British Library; The National Maritme Museum; and the Bibliotheque Nationale de France. 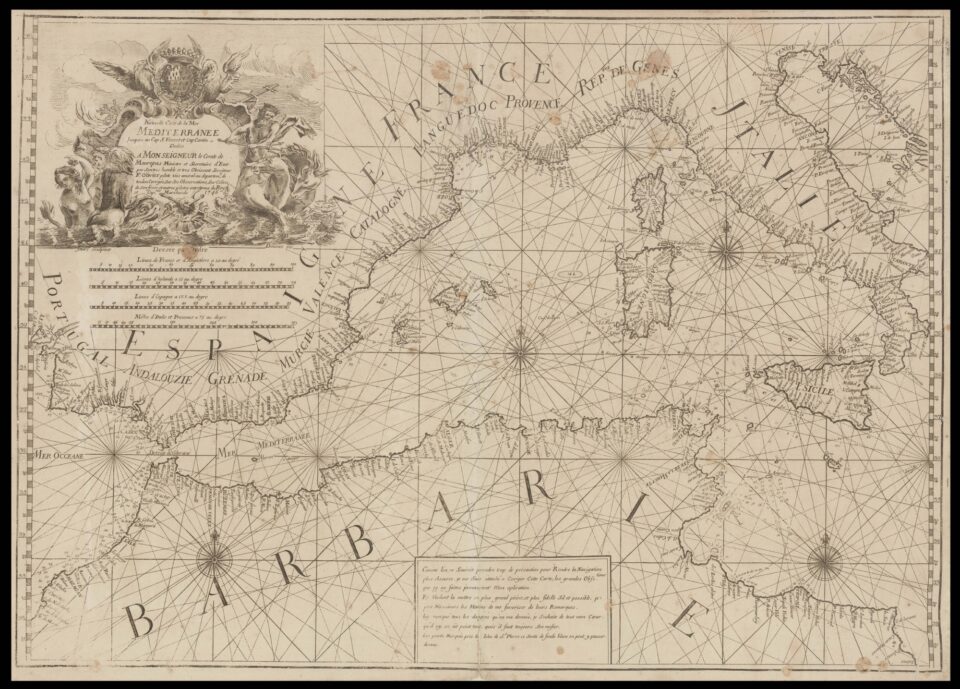